So many things have happened, all full of meaning and most a kind of beauty, but the majority of them fall into this "daily routine" category that is pretty boring to talk about.

My gift laptop died a sudden tragic death, and then from out of nowhere my sweet dad ordered a wee silver Chromebook for me to try out (I'll give him a chance to try it too--it's a small laptop that only works online, so no iTunes or Photoshop etc.). So far, the only thing that's been challenging is printing. I guess there's a way to do it, but I'll have to figure it out. Uploading photos is completely different from the way I usually do it, too, although Google Drive makes that actually quite simple.

There's the tech news of the month!

In cat news, I went to Holly's house for a few days. I consorted with her two Edward Gorey cats, learned how to make hammered silver stacking rings, ate delicious food, and hung out with her and her amazing, suddenly tall and grown up kids. 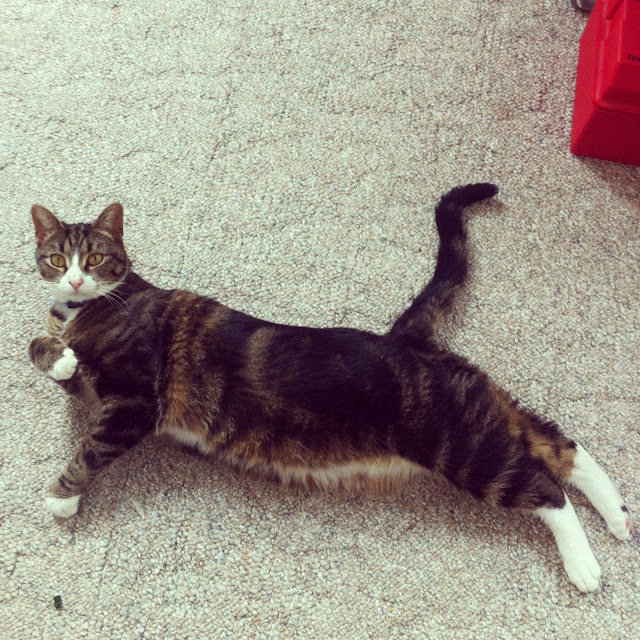 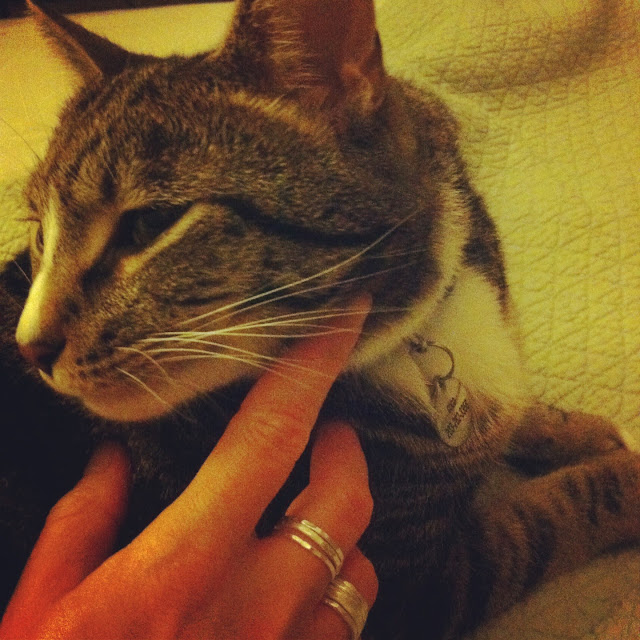 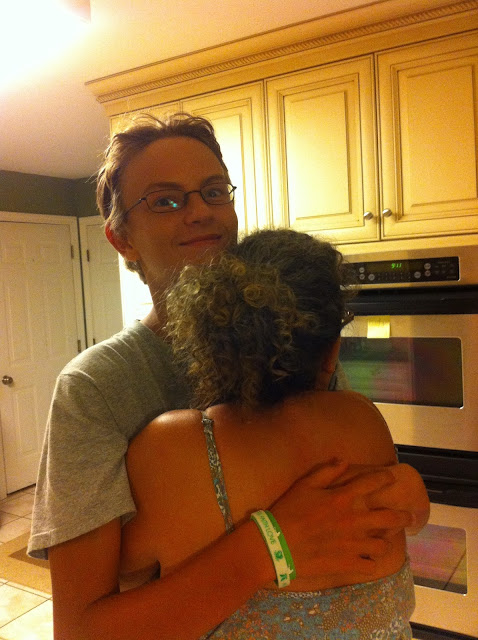 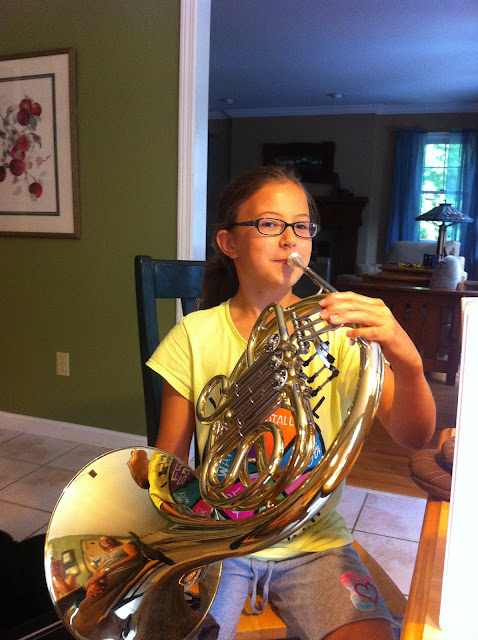 I love being with Holly and her family, and I will probably never stop being amazed at how it takes no time at all to get there and how lucky I am to have someone in my life who knows me so well and ALSO takes such good care of me. Speaking of being spoiled, I stopped at Mom and Dad's on the way, where I was treated to delicious food and good movies and a massage, among of course many other things. 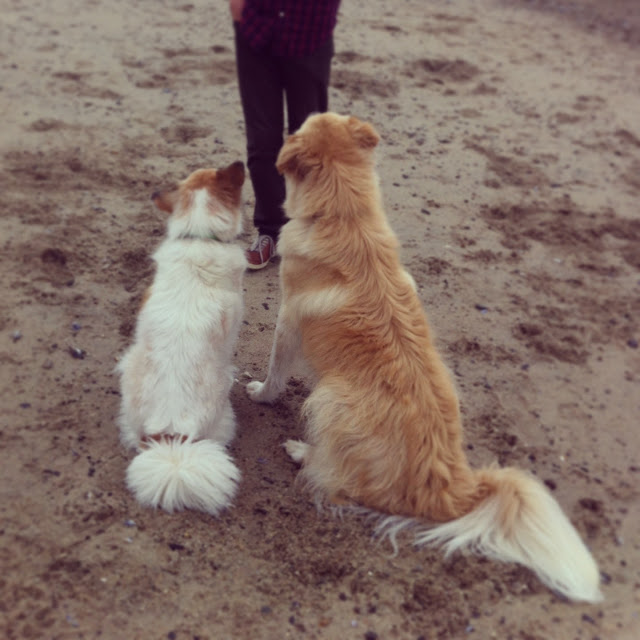 Meanwhile, back home, Gus hasn't been to the beach in a while because he is limpy. He's had leg/back/hip/something issues on and off ever since he came to live with us, but it usually passes after a couple of days and then he's back to wrestling and running with no problem. This time it doesn't seem to be going away, so we're taking him tomorrow for an x-ray. Poor boy, I know he misses his pals on the beach.

Also, my nephew sweetie Jonah came to visit us for a nice long spell. He is such good company, so easy and fun to have around. We took him art walking Friday night, and he helped with a video shoot on Saturday which may have been long and somewhat exhausting, but which resulted in some fantastic photos (by Mark). Here are a couple of stolen ones: 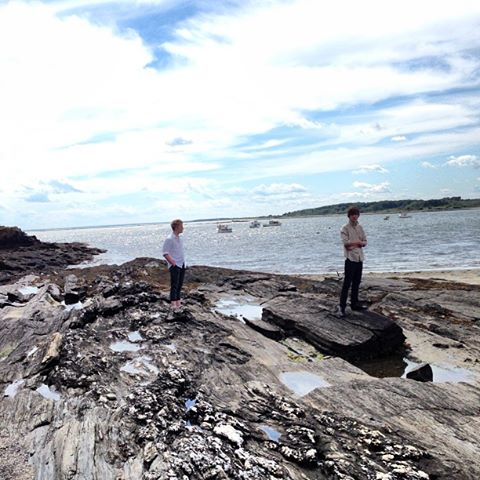 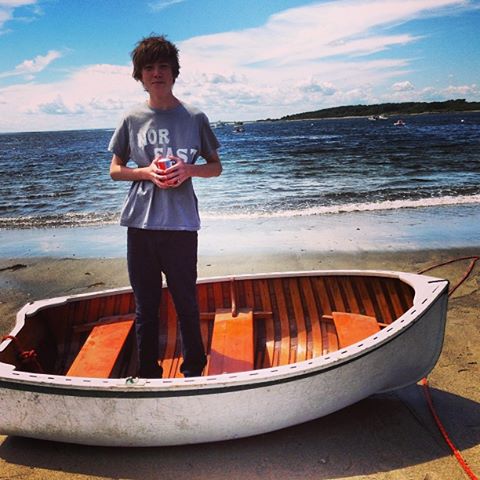 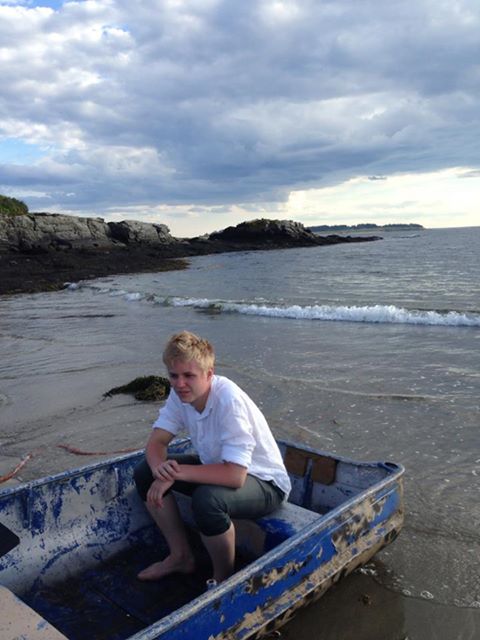 Ah, boys in boats, in Maine. On a beach, in August. And did I mention that I painted the living room, even its endless ceiling, even the copious amounts of trim and French doors and fireplace and mantle? 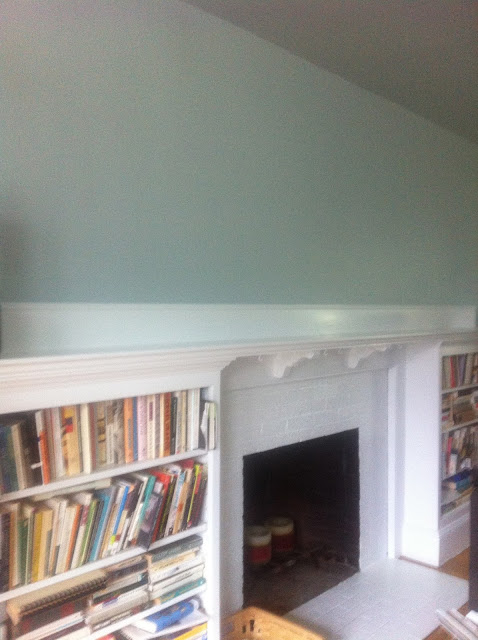 I am such a planner, not so good at actually following through on things, and I have spent weeks with paint chips taped here and there, veering back and forth between grays and blues and blue-greens and creams and whites. Finally, I just picked one and did it. Ahh.

Okay, friends, on with August.
Posted by Liz Woodbury at 5:01 PM

That looks pretty close to Melissa-color! I love it!

It's definitely in the Melissa color palette!!