Something Sublime and Something Kind of Crappy 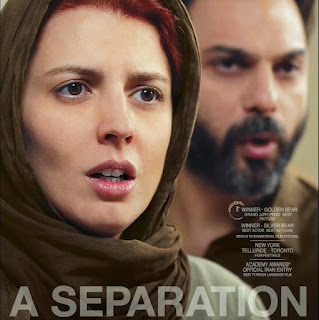 This movie. I've seen it twice now (today at the Nick with my girl!), and I liked it even more the second time. It is so beautifully acted, complicated and fascinating and a little sad, perfect to look at.


And the mildly bad: 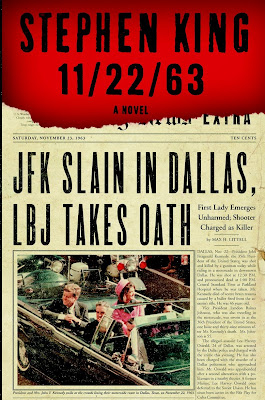 I really didn't like this book. I'm so bad nowadays at book reviews (too many college literature classes is my excuse). I think, despite the fact that I believe that thing about how Stephen King is actually a good writer
because of some essay I read by him a long time ago, that I just really hate his style of writing. Following is a list of just a few of the stylistic tics that drove me crazy:

*A character who repeatedly refers to herself in the third person.

*Terrible sex scenes that made me embarrassed for everyone involved (and "poundcake" as a cute pet nickname for sex).

*A time traveling (from 2011 to 1958) main character who is supposed to be in his 30s but who speaks and behaves like he's in his 60s. For example, when he messes up and sings a song from the future, it's a Rolling Stones song from the 60s. He mentions missing his cell phone exactly twice. He describes getting online thusly: "I got on the net--my heart beating so hard it sent dots flashing across my field of vision--and called up the Dallas Morning News website." All of that, to me, says OLD MAN Stephen King.

*Every character in the book speaks in the same voice (with the exception of Sadie, who refers to herself as "Sadie" ad nauseum).

*A reference to Carolyn (sic) Kennedy.

*A reference to those famous snowtroopers (sic) in Star Wars.

*It bugged me so much that he called a jump rope a "skip-rope."

I could go on and on, but I won't. Something kept me working at this book, certainly, because it's long and I finished it. I started to say it was an interesting plot,* but I think it's more about the fact that I hate giving up on books (movies, too), and I almost always persevere, even if it's just to complain bitterly when I'm done.


*I did kind of like his time travel device.
Posted by Liz Woodbury at 6:55 PM

I only made it 2-hundred pages in before I went online and read the plot so I could be done with it.

Very glad I did.