seventy degrees on saturday. i know, again with the weather report, but may i remind you that i live in maine? and that it is march?

friday and saturday were outdoorsy, with stops at arabica for coffee. 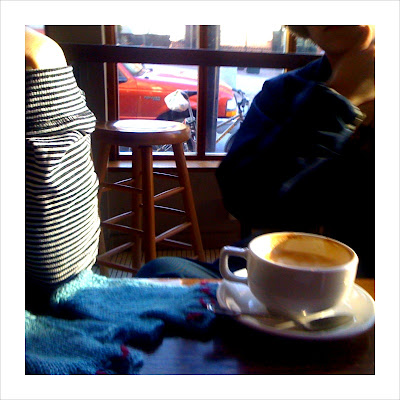 m and boo went on long bike rides all weekend, and bean and i took lots of long walks. 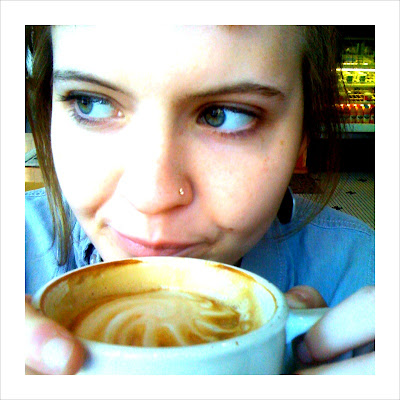 we were pleased by bard's sidewalk sign showing the chemical formula for caffeine. 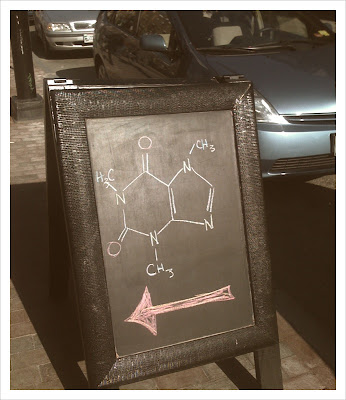 the low point of the weekend was when m, boo, and i went to see the ghost writer, which was okay, but not as good as i'd hoped (and left me with the nasty sensation of just having seen a movie directed by a creepy old man, not because of its content, but because i'd conveniently forgotten that it was a roman polanski film). and we emerged from the theater at midnight to find that our car had been towed. i'm not blaming anyone, but let's just say that i was not the one who was driving the car that night. we had a short mental list of people who might be available at 12:30am to drive us to south portland to retrieve our car, and number one on that list was bean's friend max* who just happened to be hanging out with bean and who gallantly came to our rescue. 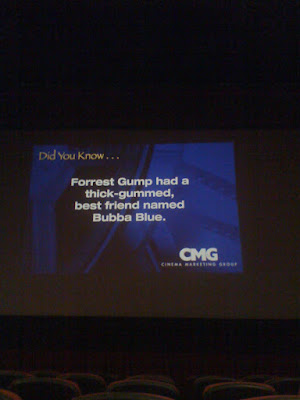 the above photo was taken inside the theater by boo. this current series of movie trivia makes me crazy: it is full of grammatical and punctuation errors, is bizarrely written ("thick-gummed"?), and check out that font at the top...

*i doubt i am permitted to say anything more about this.
Posted by Liz Woodbury at 12:18 PM

no need to say anything more! comes to rescue=damn fine young man

Put us on the list. We'd drive you lot anywhere!

Your pictures are great.