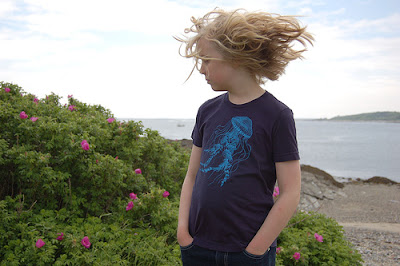 i actually arose (somewhat) early this morning and made a lunch for boo, who started his three-week smartkid camp today. this camp is pretty much like college for kids -- it's held on a local college campus, and boo walks from building to building for each of his four classes. he's taking medieval culture, incredibly strange films, architecture, and computer programming. it was odd dropping him off this morning (imagine dropping your eleven year-old off at college), and he was pretty exhausted when he came home, but he had a fabulous time. guess which class is his favorite?

meanwhile, bean sewed herself a lovely linen skirt, completed a unit of rosetta stone french, practiced piano, and lounged about, summer-style. m and i went for a walk on a pretty beach, and later i forced myself to get to the gym. tonight bean and i are making some veggie sushi for dinner, mmmmmm... next week she is off to kansas, solo!

Anonymous said...
This comment has been removed by a blog administrator.
8:06 AM

i can't find banal rubbish...how come you no longer have a link?!