can i just say that i've had that post title planned for about two and a half months, ever since it sunk in that we had gone and opened a guinea pig zoo, and that i had assumed the job of head zookeeper? so, here's the sad news: yesterday, i escorted the boys over to the animal refuge league, where they were greeted like the rockstars they are, oohed and ahhed over, carried around, and generally given way more attention than they've gotten at my house for about two weeks.

there was less trauma related to this than you might think (although the decision to take them to the shelter was not unanimous). here is what was a bit traumatic:

1. it was so cold! i felt pretty bad taking the little creatures out in a cardboard box.

2. crazygirl and her mom just happened to visit the animal refuge league that very same day, and boy was crazygirl surprised when she discovered some old friends in the small animal room. tears were shed.

3. boo hadn't yet noticed their absence (he knew they were going, just not specifically which day it was happening) when crazygirl called him in sympathy. not the best way to find out.

other than those things, this has been an easy transition. april is living a life of luxury, back in her spacious cage (formerly inhabited by her offspring), doted on as a guinea pig should be. 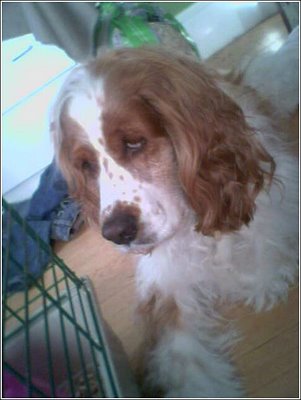 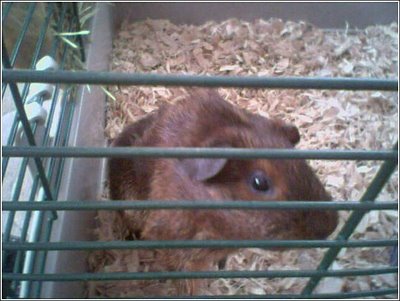 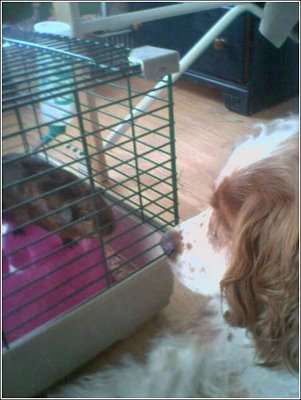 no, really -- i think we could make a nice children's book out of this interspecies relationship. maybe. i'm not actually sure what's going through minnow's head here, although april is definitely not contemplating carrying minnow around in her mouth.
Posted by Liz Woodbury at 12:07 PM