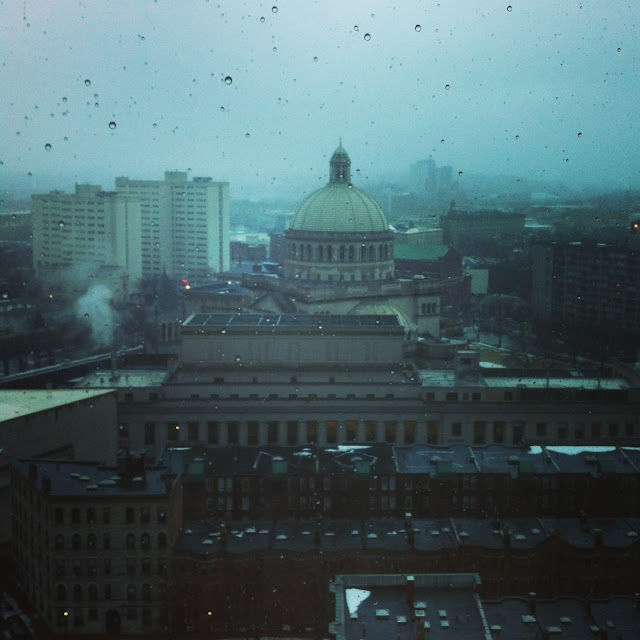 I forgot to report on the fabulous Oscar party with my mom, in our Boston hotel room (gift certificated!). It was so much fun, despite the grossness of the actual Academy Awards show this year (just...yuck). We met mom's friend Shefali, ate a Thai/Vietnamese feast at a great place near the hotel, and then sprawled on our luxurious hotel beds with Shefali's homemade chocolate-dipped macaroons and tea. We all three Twittered like crazy, too. I'd love to do this again, although next year I think we'll have the party at my house, with our 21st century television and of course Mark and Isaac--Mark bought an antenna and successfully tuned in ABC despite our lack of cable.

Oh, and clearly I was wrong about the Best Picture award: didn't Lincoln seem like a movie they'd give that award to? But no, I missed Argo's pull ahead to the number one spot. I still maintain that Amour was by far the best film of 2012, though.
Posted by Liz Woodbury at 6:00 AM