Introducing the dog known around here as "the second-best dog ever." Gus doesn't mind, believe me. He is a wonderful combination of goofy puppy and solemn, grateful rescue dog. He spends a lot of time gazing at us soulfully, almost as much as he spends trying to get Theo to play puppies with him. 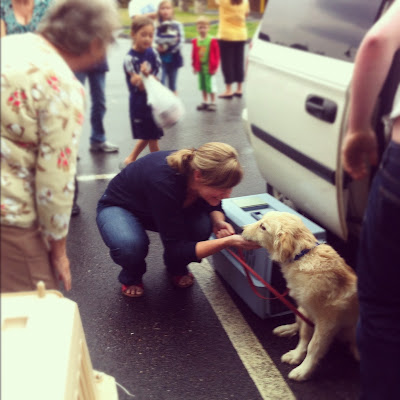 Gus has only been with us for a week, but I can hardly imagine life without him. He keeps us busy and entertained, has absolutely gotten me off my lazy butt (he is a puppy, after all), and rewards us with his sweetness and softness and eagerness to please. 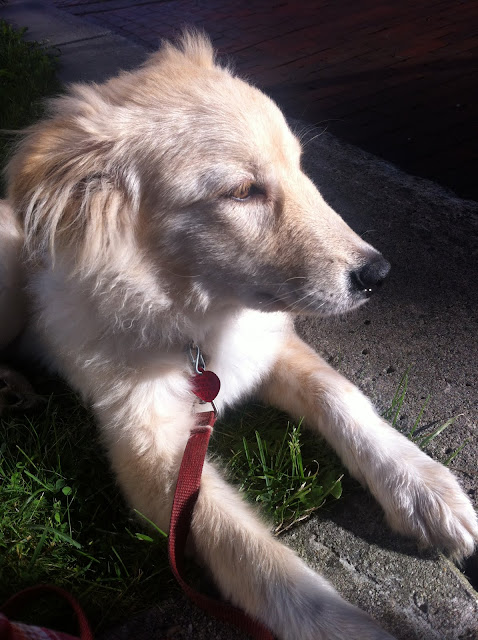 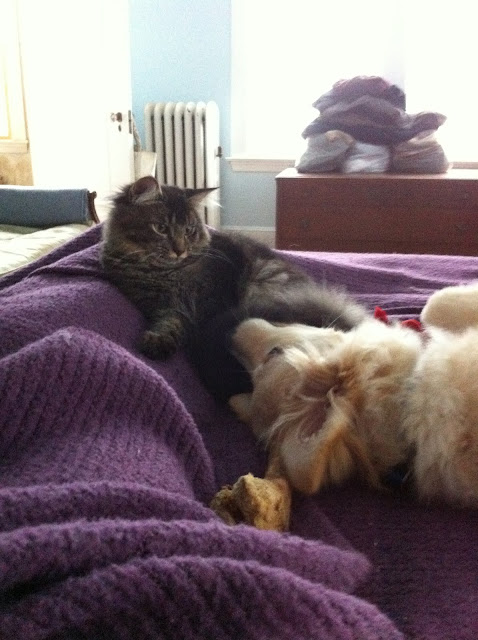 (Theo is incredibly tolerant of Gus. In fact, I think he's pretty pleased that there's a new tail to swat at and somebody much more interesting than us boring humans. If Gus gets too familiar, Theo bats at his nose with his paws, claws retracted. Adorable.)

We found our boy, via petfinder, at a great rescue called Adopt-a-Lab. It was so much fun to pick him up--even the drive three hours south was exciting. Mark's mom and my sister-in-law Tracey came with me, and they were great moral support and company. 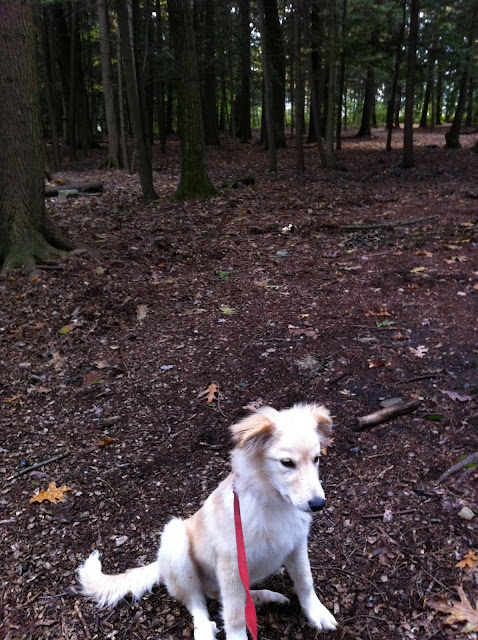 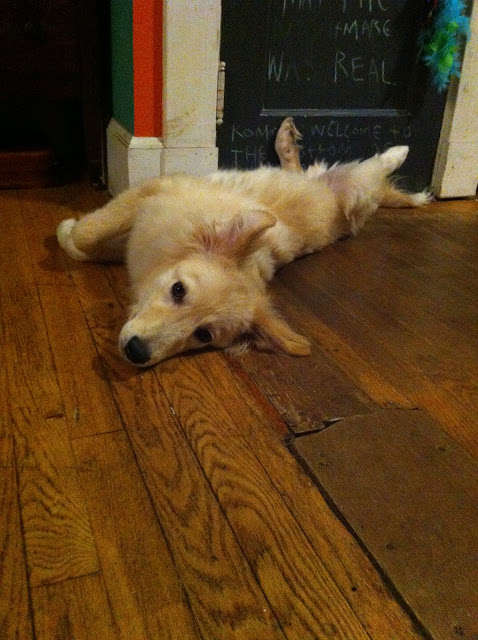 We've tried to keep things low-key this first week, as he adjusts to the newness of everything and figures out who his family is and where he lives and even what his name is. But we have taken him to the woods, downtown, Tandem Coffee (where he made many friends), puppy obedience school, and the off-leash dog park. 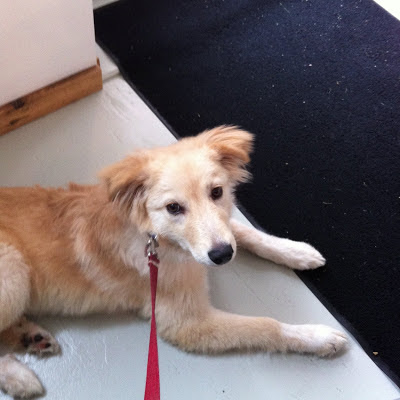 Strangely, although having Gus around makes everything better, soothes the loss of our dear Minnow, it simultaneously makes me miss him even more. I've thought of him so much this week. It's like his absence is larger now, sharper, even though life is sweeter with this new puppy. 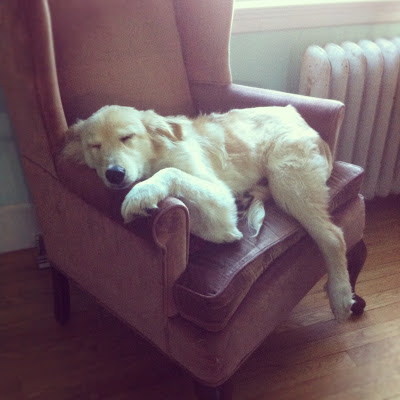 Well, I love Gus, and I haven't even met him.

Everything you say about the loss of M. and the finding of G. makes total sense to me, seems as it should be.

Sending you all so much love.

Gus is probably glad you waited until he was gone to get a puppy. Very cute pup but I understand your thinking about Minnow. I still think about Zeke often and how he would hate Rhino so much :-)

Nothing like a dog for healing. Gus is adorable.