today was the southern maine pride parade, and even though i couldn't talk anyone into going with me,* i had so much fun watching it and catching the free candy and frisbees that flew into the crowd periodically. in a funny coincidence, i joined the parade watchers after picking up a copy of tales of the city at the library (which i had to do since the checkout girl loaned me every book in the series except the first one, which she couldn't locate on her shelves). 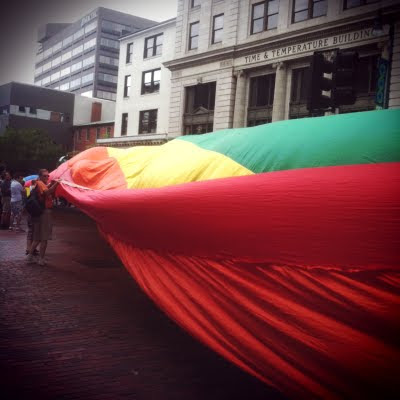 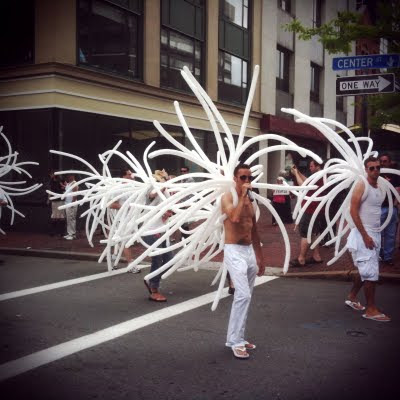 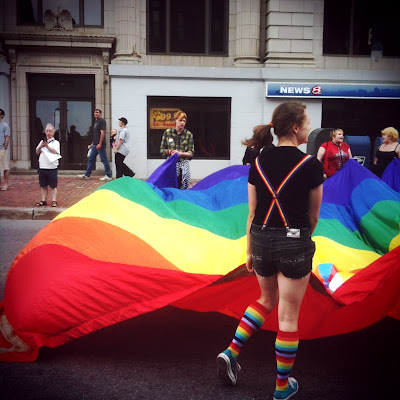 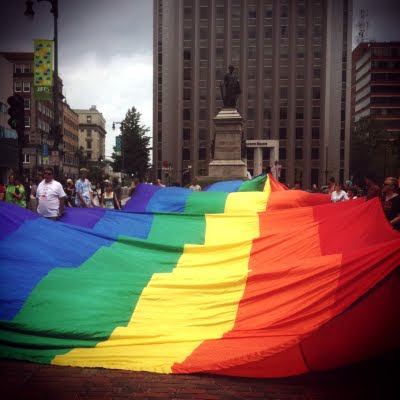 A. You didn't ask MEEEEEE.
B. Did you start reading it? Make sure you tell me when you've finished the first one, so I can hear all about how much you love it. (I've read all those books at least 20 times. Still can't find the first one. DOH.)

a. i know, stupid me, because as i was standing there watching, i thought, "you know know who would've come to this parade with me? MELISSA, that's who."

b. finished it last night!!! and yes, i did love it, can't wait for the second one. i'm going to try to slow down a little bit, because you're right about them being the perfect summer reading list. i'm so happy there are more of them!

I went through them like mad, and then I felt sad for a while, and then I read them again. (And again...) So glad you're liking them!