space gallery hosted a block party last night on and off congress street, and it was pretty wonderful. the highlight was a steam roller making giant woodblock prints on oak street. 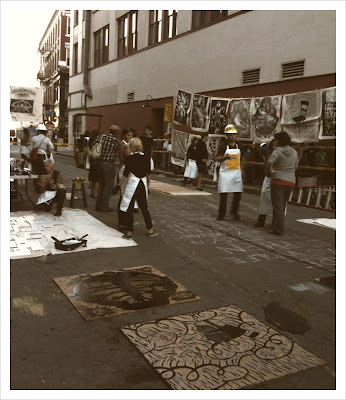 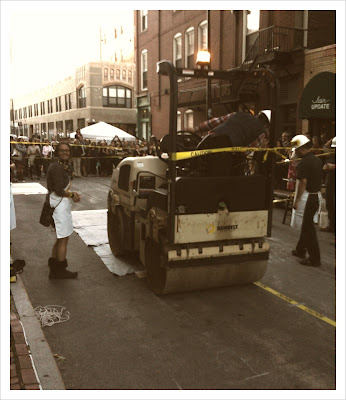 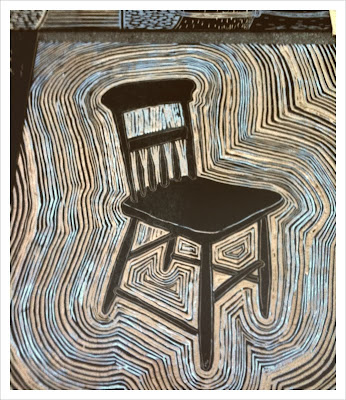 it was gratifyingly amazing to watch, and even better was the reaction of the surrounding crowd, which would collectively cheer and applaud every time the steam roller rolled over the blocks, and then again when each finished print was peeled up off its block and revealed. portland felt like the perfect little city last night.

there were other festivities: crazily quilted quilts, a band that was reputed to be brazillian (and whose keyboardist looked just like peggy olson from mad men), a giant office photobooth by nathan, veggie hotdogs with saurkraut and brown mustard from the baja dogs food cart, kids building towers of huge blocks and knocking them down (on 9/11. very disturbing to some of us), and finally, some dancing in the street by my boy and some friends:


my apologies for the tininess of that video. i clearly need to remember to film things in landscape (i.e. sideways). still, he's got the moves, doesn't he?
Posted by Liz Woodbury at 4:26 PM

It has been scientifically confirmed that Isaac has killer dance moves:
http://www.guardian.co.uk/science/2010/sep/08/psychologists-killer-dance-moves-men

yes!! my mom sent me this too - the good dancer is ALMOST as good as isaac.

he certain does have some moves, there!