my dad, isaac, and i handed the sweeties off yesterday in katonah, which is more or less halfway in between new jersey and cambridge. my family lived there for about nine years, from when i was eleven until i was a sophomore in college. it's not where i'm "from," but at the same time, it kind of is. 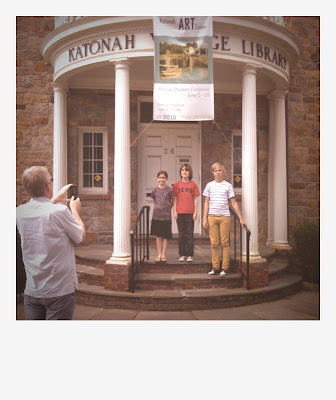 oh, before you continue reading this, you really should be listening to katonah by rufus wainwright. even though we weren't burying jack johnson or anything. still, the song is about katonah, and even mentions  "taconic" and "westchester," words that are not often sung about. 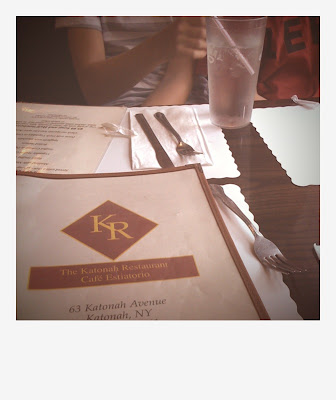 we drove up wildwood road, past our old house. some of the houses look exactly the same (same names on the mailboxes and everything). ours is unrecognizable. i didn't take a picture because there was a guy out front working on something. there is odd siding and a pointy roof and a second story and a wide stone chimney where once was a basic l-shaped, flat-roofed ranch. there is still a day camp directly across the street (holly and i both worked there several summers. i could stumble out of bed in the morning, throw on my katonah day camp ringer t-shirt, and stumble across the street to work). 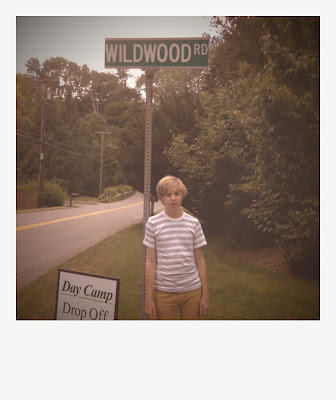 i went to katonah elementary for sixth grade. i learned to juggle there. 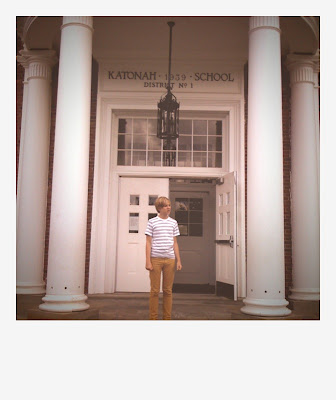 i have blocked so many memories about john jay junior high (now middle school) that i'm not even sure if it looks different now. probably. i still have nightmares about trying to find the right bus in this circular driveway. 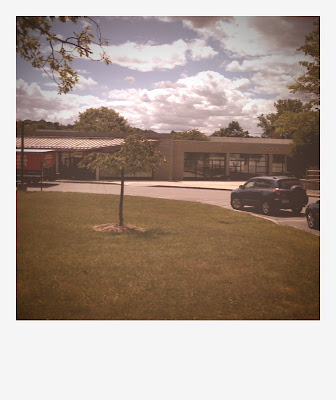 and finally, a stop at my high school. and there you have it, the tour down memory lane! isaac was very tolerant about getting his picture taken in scenic locales and hearing stories about how what is now a pizza place used to be the other deli, also known as the "murder market," though i don't really know why. i pointed out the scenes of various crimes, my friends emily and eva's house, the house where "crazy esther" lived, the path through the woods we took to walk home from downtown, the things that are the same and the things that have changed. i almost feel sorry for people who stay in the same place, or maintain their connection to it consistently. because it's really fun to have the perspective of returning somewhere after years have passed. well, to be honest it's equal parts feel sorry and feel envious, you know? but i didn't mean YOU! i was more imagining people who stay right there in the same little town. yes, you've managed it in the ideal way.

but i still wish you could experience my freaky, long long-distance perspective on the whole thing!

Those pictures give me shivers...