...i have love for those with four feet, for the many-footed I have love.

bean and i ate so much good stuff this weekend at the boston vegetarian food festival. we went on saturday with my dad, and just like last year it was packed and hot and overwhelming, but totally worth it. there were many delicious free samples and lots of friendly vegetarian types. but the highlights (for us anyway) were the snacks that we purchased, cheap, as we perused the floor: 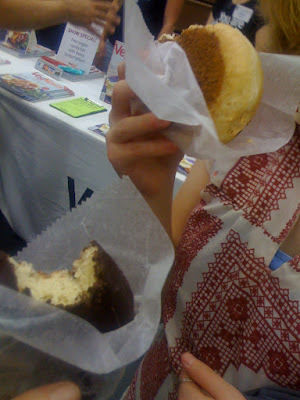 okay, first of all let's talk about the best damn vegan donuts ever in the history of my life. bean's was a pumpkin spice donut filled with pumpkin mousse, and mine was an "entenmann's style" chocolate dipped donut. they were so good. unfortunately, vegan treats bakery is located in bethlehem, pennsylvania, kind of a haul. which reminds me of an idea bean and i had for a vegan bakery road trip, crossing the country sampling the fare at every single vegan bakery we can find. any takers?* 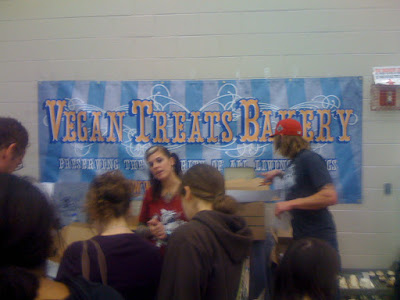 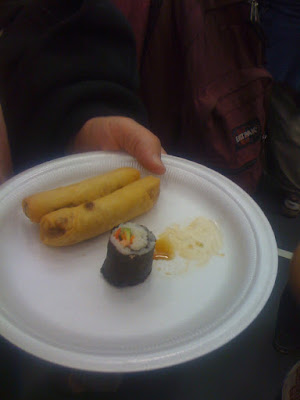 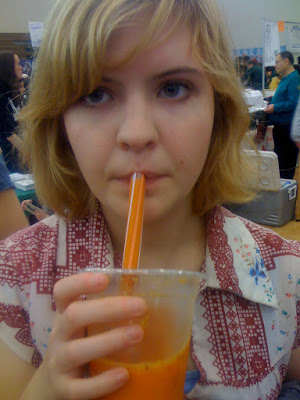 uh, little pause here to say that we spent some time watching a chinese film crew interviewing these folks outside the festival. the whole thing just struck us as very odd. i'll say no more. 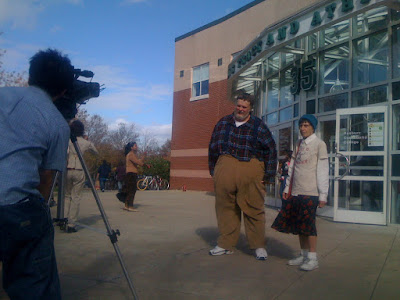 also from boba-licious, vegan banh mi, a vietnamese sandwich with veggie meat, lettuce, cucumber, spicy sauce, tons of cilantro, on a perfect crusty french bread. i am desperate to reproduce this at home, it was so delicious. 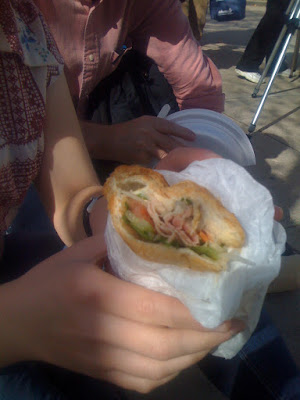 after the feasting, we took a long walk through the common and the public garden. there weren't too many vegetarians wearing halloween costumes, but we saw many costumed people and animals over the course of the day. most notably, we happened upon a gathering of dozens of dogs -- mostly dachshunds -- dressed up. mostly as hotdogs. 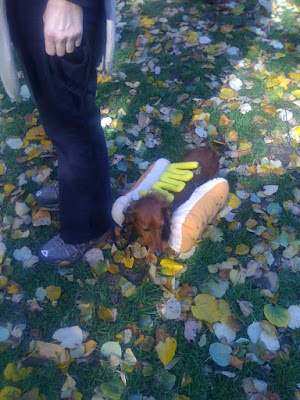 we met up with my mom when she finished work, and bought her a sandwich at trident booksellers & cafe. i had a halloween-themed soy latte: 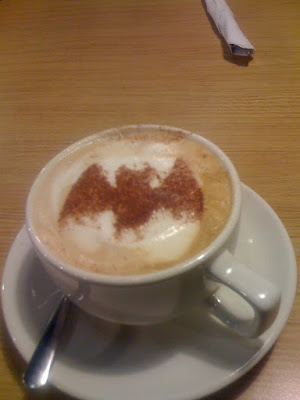 i think it was the next day that i spotted this bereft wig, abandoned on the sidewalk post-celebration/trick-or-treating: 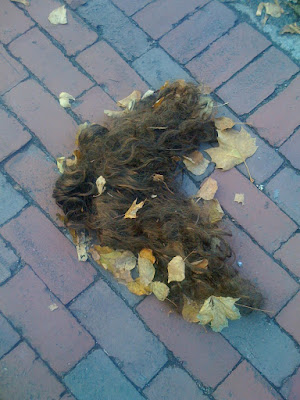 *checkout girl, i actually have you and miss a. in mind for this dream pilgrimage!
Posted by Liz Woodbury at 8:15 AM