my bestest friend holly came to visit for a few days this week, and she brought her amazing kids evan and maia with her. it's been a few years since they've made it up to maine from their house in connecticut, and it was wonderful to have them here. we managed to pack in lots of expeditions and still had plenty of time for lazing around drinking coffee while maia, evan, and boo played with our playmobil collection (maia calls the playmobil people "lillies," which i love).

one night we drove out pine point road to eat some fried food at ken's place (us vegetarian types pretty much dined on coleslaw and onion rings, while holly & co. had lobster rolls). there was also ice cream eating involved: 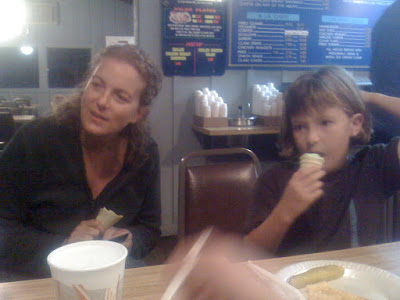 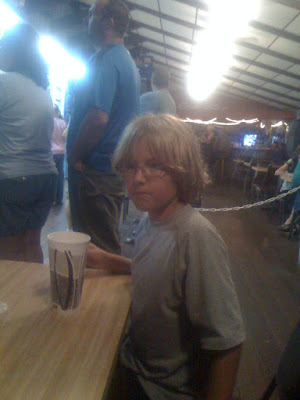 we strolled around town, took the gang to arabica, and just about everyone picked out some yarn at knit wit for various knitting projects (have i mentioned that since bean got home from germany, she and boo are looking - adorably - like nordic twins? they are almost exactly the same height now, and have nearly identical hair! i need to take more of these "twin" photos before he grows taller. also, in this picture, evan looks like he could be their little brother). 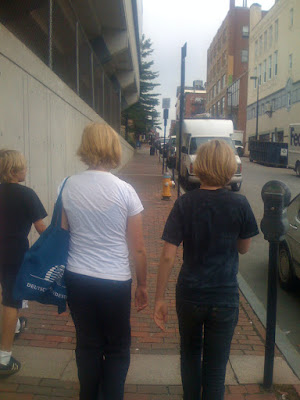 on wednesday night, we drove up to topsham to emily's house for a fabulous picnic. eva and nathan were there too, as was martha, pictured below with holly (i stole this photo from martha, in fact, since i neglected to document this gathering): 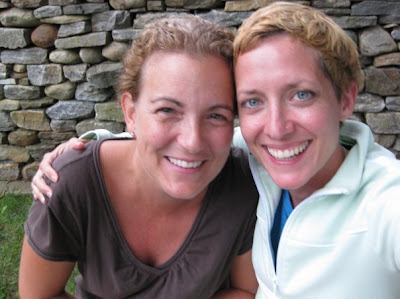 it was over too fast! i missed them so much when i woke up this morning. holly forgot to dig up some lamb's ears from my garden before she left, so i am already scheming about when i can drive to connecticut with bags full of plants and dirt...
Posted by Liz Woodbury at 9:23 AM

you couldn't have described it better! every other sentence in our house has a woodbury/high name in it, STILL!!!
xo
holly