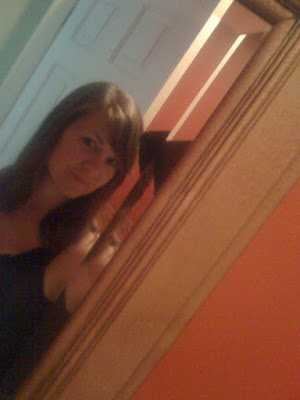 i have so much to say about this weekend, which i spent mostly* in connecticut with my dearest, oldest friend holly. we had recently gotten back in touch with two close friends of ours from high school (thanks, facebook!), and we made plans for a mini-reunion at holly's house, which is more or less a central meeting point for the four of us (i had the farthest to drive, but i also have the oldest children among all of us, so i'm pretty free and flexible in comparison to everyone else). i was a little nervous about meeting my friends karen and jen again after so much time (approximately - ahem - twenty years had passed since we last saw each other) - wondering if we'd have anything in common anymore, anything to talk about, even. it was a kind of magical surprise to see them, looking simultaneously exactly like themselves and also like beautiful, grownup ladies, and to realize as we hugged each other hard, with true feeling, and my friend jen even burst into tears, that we love each other, truly. that we share a history together, from a particular, strange time in our lives, and just how meaningful that really is, even after all this time.

we ate and talked and shared pictures of kids and siblings and we each summed up the last twenty years, and about six or seven hours flew by. it was quite amazing.

also, holly gave me a hair cut (seen above). i'm such a doofus that i didn't take any pictures except of my own head, in holly's lovely bathroom mirror. also, i got some cute kids to model those glasses for me. oh yeah, and here's a spectacular tree house that holly's husband val built in their back yard: 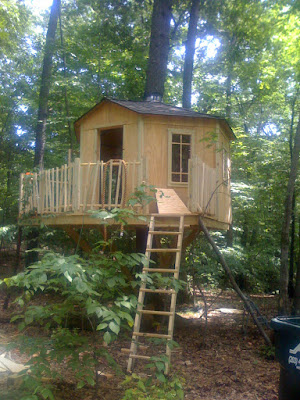 *on sunday, i raced back to portland to experience some zombie kickball in the rain.
Posted by Liz Woodbury at 10:37 PM

Email ThisBlogThis!Share to TwitterShare to FacebookShare to Pinterest
Labels: friends, holly, me me me, nostalgia, travel, weekend, zombies

you described the visit perfectly!
thank you so for making it happen!
xoxo
h

thank you, my dear - i love being at your house, playing with your kids and being spoiled by you.