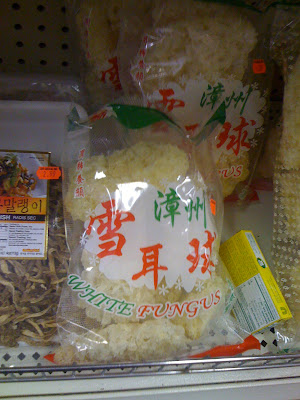 i went to sun market last week to purchase some urad dal for bean (she made indian feast number three on friday night, this one from an indian cookbook i borrowed from my mom and dad, the new tastes of india). i also bought a vegan version of pocky (maybe korean?), and i was tempted by this bag of white fungus, but i resisted.


in other news, m and i delivered bean to her final afs interview this morning in augusta. it was a three hour panel interview (boo spent the day with his great friend leander) for a highly competitive scholarship. we didn't get to witness the part where the panel actually grilled her, but from what we could see, she handled herself with grace and intelligence and humor. and if they don't pick her, they're crazy!! watch for more information and details (i.e. where in the world is bean going?) in march.

on the way home, we meandered through augusta and then dawdled in brunswick, where we ate lunch at wild oats cafe (i had delicious soup with barley, kale, and beans), and observed a series of signs (there were a total of about twelve of them) that made all three of us giggle hysterically. i know my brother (sign aficionado that he is) will appreciate these: 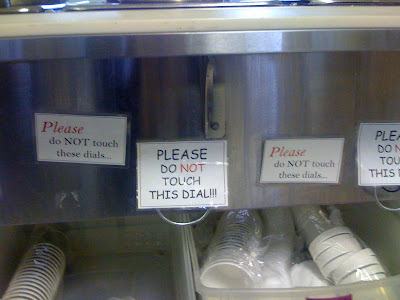 Is there a dial in there that you CAN touch?