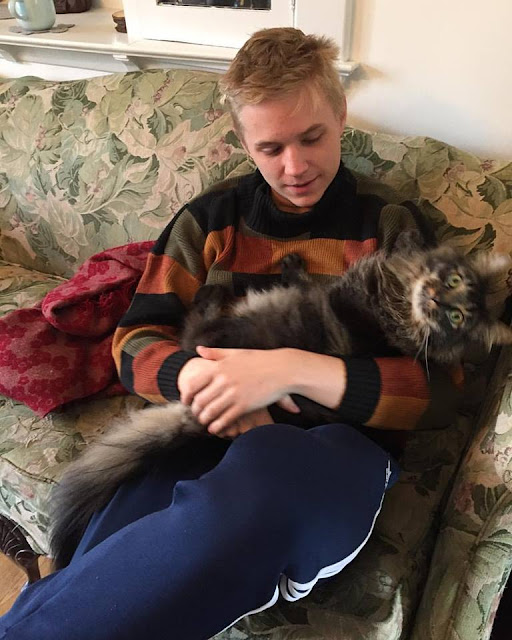 Did I mention that this guy got his driver's license this summer? (Not Theo, the other guy.) He's a good driver, careful and smart, although he has the stylish habit of keeping only one hand on the steering wheel. One night this summer, he drove the car in the dark with his cousin Oona riding shotgun and Mark and me in the back seat. Many nights this fall, he went out late with his pal Christian, driving around. I think it's wise to wait until you're 20 to get your license, because your brain is more fully formed then (I may be biased, since that's about how old I was, too. I was so much stupider at 16).

One day I was riding in the car while Isaac drove, taking corners just a little bit abruptly, and every time, we could hear the dog water bowl we keep in the trunk clang loudly. Isaac said it sounded just like the Oregon Trail computer game he and Zoë used to play, the clang of the wagon train. It made him laugh.

These driving adventures happened during Isaac's visits home over the last several months. In New York, he is of course carless, although his license helped get him a temporary PA job on the set of a well-known TV show. He texted us from the driver's seat of a black SUV that was waiting outside a store near Rockefeller Center for the costume buyer to return. So he soon will have far more experience driving in Manhattan than I, for one, have.
Posted by Liz Woodbury at 10:15 PM