Stay in the background and be helpful 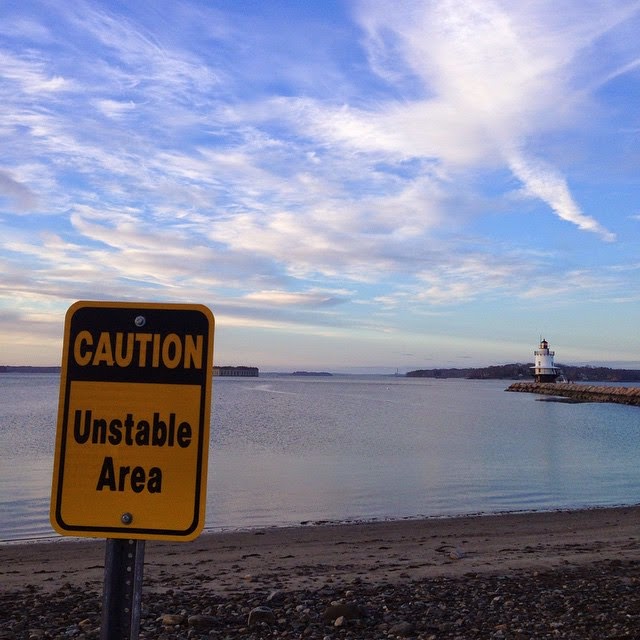 Howdy, pals! It's May, and spring is finally, grudgingly, putting in something of an appearance around here. Yesterday was the day we celebrate the birthdays of a certain cat and a certain dog (both three years old, which tragically and strangely means something different in the life of a cat vs the life of a big dog--in other words, Gus is older than Theo in a way. I figure they're both teenagers, though). Theo celebrated last night by finding a mouse in the kitchen. First of all, damn, because after years of mouse issues in our kitchen, we thought we'd eradicated all the little holes in the walls whence they came. Anyway, this mouse ran out from behind the stove, directly into the clutches of our big cat, who was completely clueless about what to do next, though he did have a delighted expression on his face. The mouse escaped easily, and Theo patrolled the kitchen all night long. As far as I know, the mouse hasn't made another appearance since.

I have encountered some things on the Internets that I like. This Reddit AMA by my hero, Mary Norris, is one of them. I'm taking my time with it, and I also have a coveted copy of her book checked out from the 'brary. From the AMA, here's a quote I like:

"A copy editor has got to be content to stay in the background and be helpful and not intrude. The two qualities that make the best copy editors are high intelligence and low ego."


I also like this op ed on Baltimore by Killer Mike.

"...in the days since, I’ve watched Geraldo Rivera and Blitzer pander to the audiences of oppression on TV. Rivera was approached by a very sensible man who said, 'Why are you here? Not to cover a calm and peaceful protest -- you’re here to sensationalize it.' Rivera turned his back on him, and at first I thought it was arrogance, but I think it was actually shame. This half-Hispanic, half-Jewish man who comes from two different communities, who knows what poverty and oppression can do, could have said, 'I want to know the real story.'"


And this review of Jon Ronson's So You've Been Publicly Shamed by (one of my favorites) Choire Sicha is great for many reasons, including

"It so happens that I have been ganged up on online, and I have also been beaten up by actual gangs of men on the street. The actual beating is — surprise! — exponentially worse."

"For women — and for all gender ­offenders, from gays to trans people — insult and the threat of murder are issued simultaneously. Like almost every other book, then, 'So You’ve Been Publicly Shamed' would probably have been handled better by a woman. Often we send a married, ­middle-aged man who makes $250,000 a year (half a million in a good year, ­apparently) to do the job. It’s fine! Ronson is a sweet and particularly talented man. But the actual problem with the Internet isn’t us hastily tweeting off about foolish people. The actual problem is that none of the men running those bazillion-dollar Internet companies can think of one single thing to do about all the men who send women death threats."

Yep, basically. Okay, onto the weekend my dears. We are so nearly at the point in our kitchen project that will require us to go to Ikea and purchase cabinets that I can hardly believe it!