Isaac has been busy making sure he's got all his Ts crossed and Is dotted, so to speak (in other words, ensuring that when family members descend in a festive throng for the occasion of his high school graduation, that he is in fact a high school graduate). He even went to the prom, not at his school but at his special friend's. He's also been busy being a waiter at an Indian restaurant, where he works with a lovely family who cook him a special meal every night after his shift. Last weekend, Mark and I went to see the sublime movie The Lunchbox, and there was so much delicious looking Indian food in it that we ended up eating a second dinner at The Palace. After Isaac finished working, he sat with us to eat his own dinner, and one of his coworkers said, "This is so nice, you can chitchat with your mother and father!" He comes home smelling lovely, with leftovers for lunch at school the next day and little spots of turmeric on his button-down shirt. Last night he learned how to make Malai Kofta. 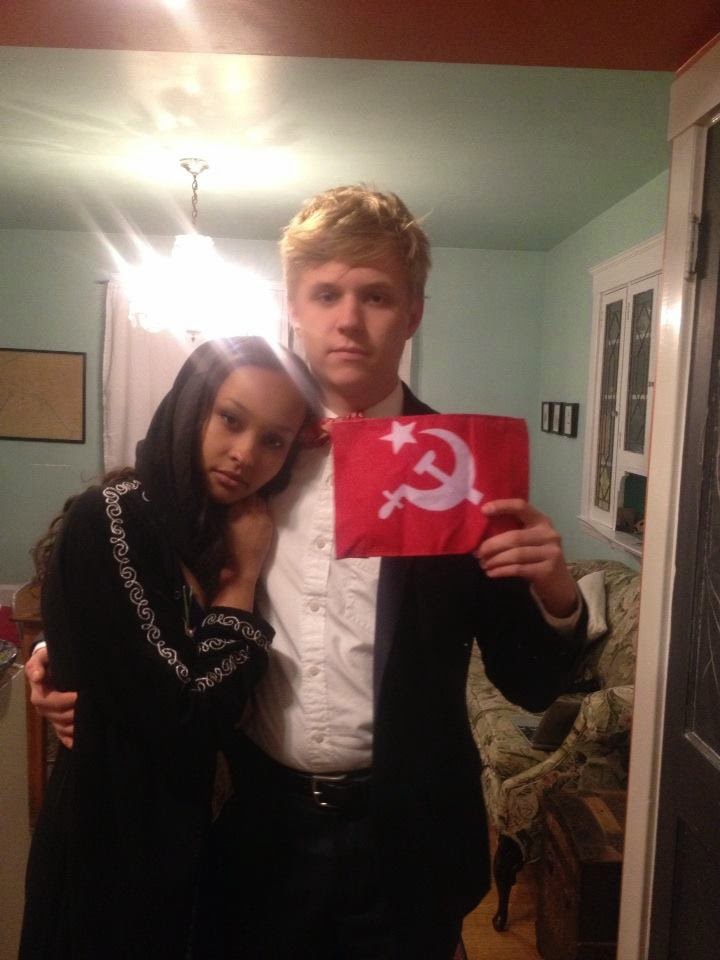 He's off to college in the fall, a bit of a surprise to us since he'd thought probably a gap year or two would figure into his plans. But Sarah Lawrence it is--he'll be a half hour away from Zoë. We are anticipating visits to see them both, while they're in the same part of the world, next year. And what the completely empty nest will be like, or mean for us...we just have no idea. But I'm so thrilled for my boy, he got accepted everywhere he applied but one, and got generous financial aid from Sarah Lawrence. He and I drove down there for an accepted students' day, and it was pretty exciting. I can see Isaac really loving it there.

We borrowed a dog for three weeks, after signing up to be a foster family with Big Fluffy Dog Rescue. Rhonda is a sweet, slow-as-molasses, soft-as-a-kitten Great Pyrenees, and we enjoyed her company while she was here. Gus, in particular, was thrilled to have a canine pal around. We'll do it again, though it was hard to say goodbye to her. 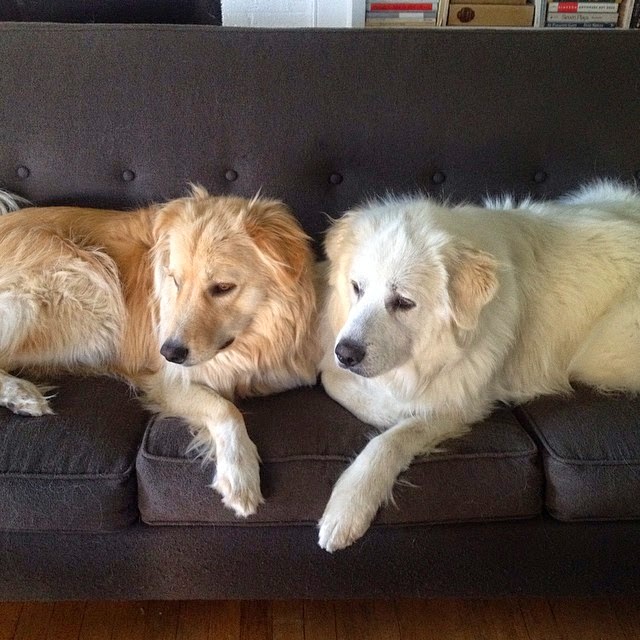 And the girl, the girl! She is in New York visiting some friends for a few days, but we pretty much get to have her for three whole weeks before her next departure. She'll be studying Urdu in Lucknow this summer and also visiting some friends in various parts of India, before coming back to finish school at Barnard in the fall. It's like magic to have her around, and extra special for her to be here when we're celebrating the end of Isaac's high school career and, soon, his eighteenth birthday. 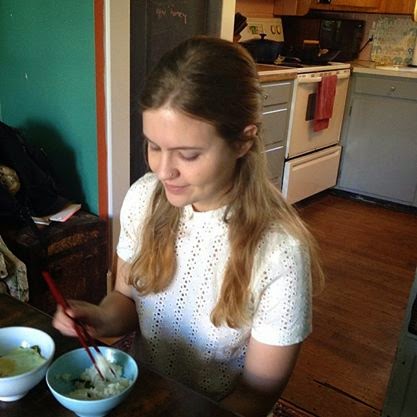