Did I happen to mention that Mark and I have been compulsively watching Scandal? I don't think I did! He would claim that it's incredibly irritating and melodramatic and silly, but he's right there with me when one episode ends and we need to watch the next one right away. Yeah, it's ridiculous and addictive. I was realizing that far too many of the shows I like to watch involve people getting their heads smashed in (I'm looking at you, Boardwalk Empire), and while there's occasional murder on Scandal, it's mild, prime time network murder. So refreshing. 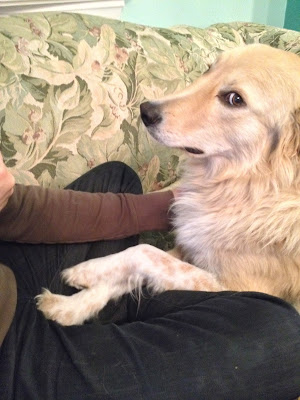 Gus gives me this dubious sideways look all the time. 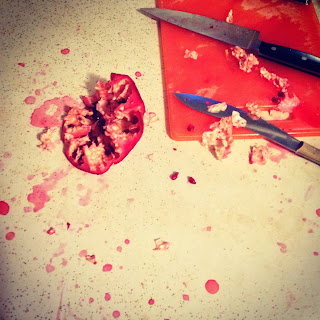 This pomegranate got its head smashed in.