do you bear this pleasure? i do.

my cousin brendan got married this weekend to the beautiful margaret, so we piled in the car and drove down to washington d.c. for the celebration. most of my extended family was there, so it was a kind of whirlwind reunion, like so: 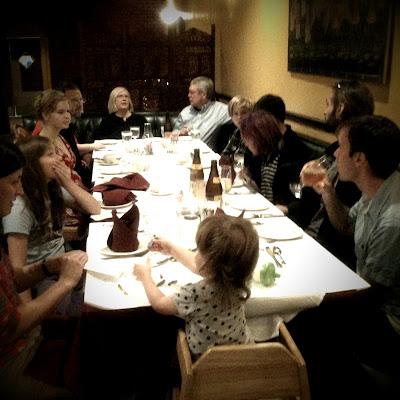 above, eating delicious indian food down the street from our massive hotel, at rajaji curry house. below, my mom and isaac demonstrated what truly kindred spirits they are, posing for goofy photos and dancing up a storm (later, at the reception, but it was too dark to capture on film). 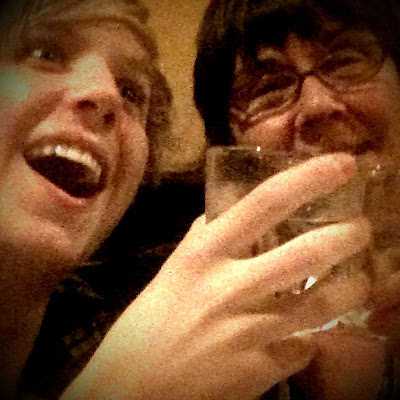 could stella possibly be any cuter? no. no, she couldn't. 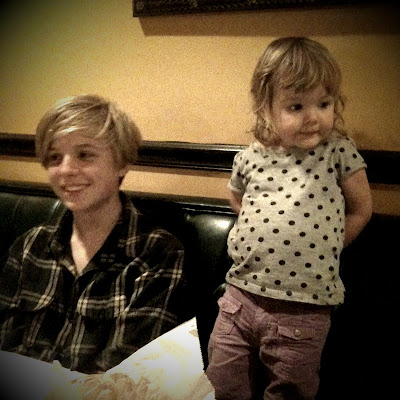 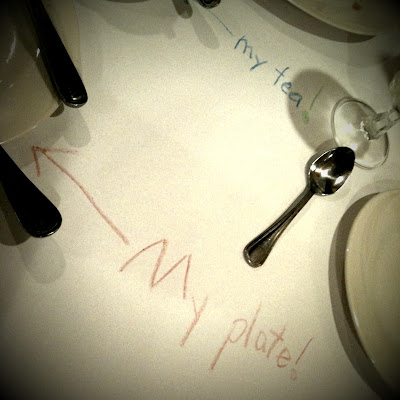 boys on the wedding bus. guess which one is wearing new socks? 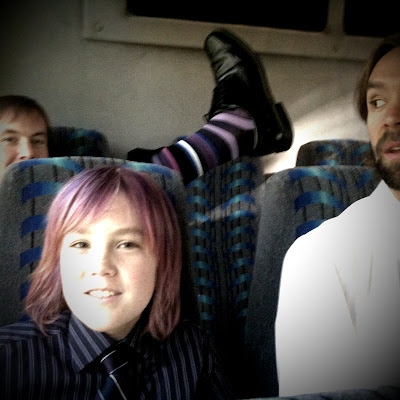 i neglected to take a single photograph of the happy couple, because i was distracted by how adorable oona and zoë were with their matching hair. 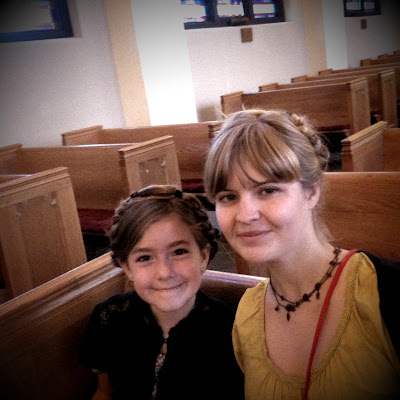 my bruddies, my mom, and my sweet auntie sooze. adam has a new beard, and i told him he would fit right in in portland, maine. he reports that it's itchy and he'll probably shave it off, but i think it looks so handsome. 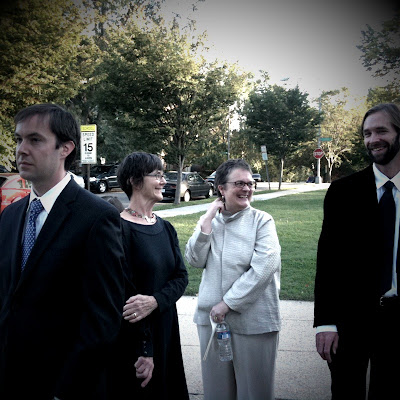 the reception was at a gorgeous historic mansion in cleveland park. there were outdoor patios and a sweeping staircase perfect for photo ops. below, uncle uncle david (to clarify, he's my uncle) snaps zoë's picture. 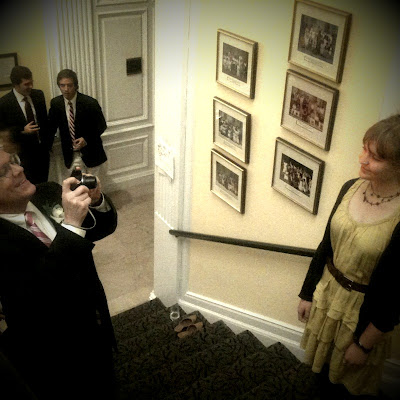 stella descending the stairs with her glowing mother. maybe you can tell - due to the exaggerated angle at which i took this picture - that stella is going to be a big sister in 2011! ellen is actually quite tiny. i had to practically lie on the floor in front of her to make her look pregnant. 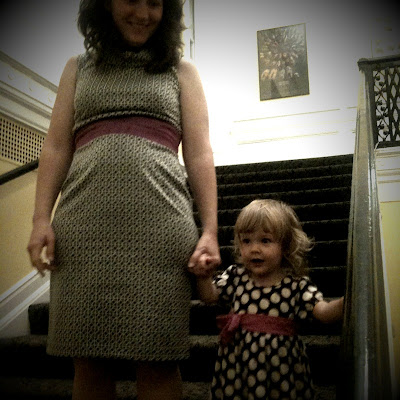 my handsome brother, my handsome cousin christopher (the best man), and my lovely aunt tricia. 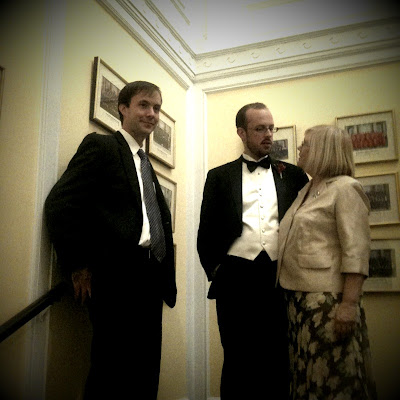 we also saw some sights. 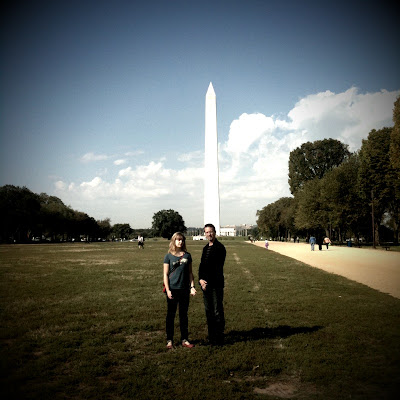 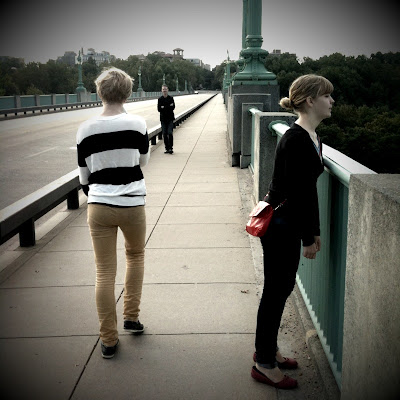 this is my canine cousin, ze, being escorted out of a sidewalk cafe by my uncle chuck. 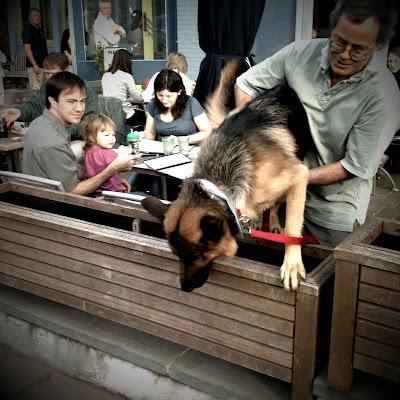 one of several group hugs, below. there's my cousin mary-susan! 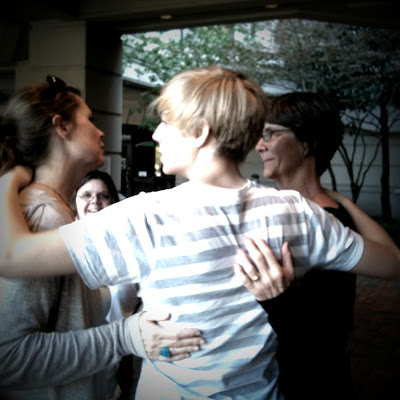 you know what? it's fun and difficult to coordinate things with such a big group of people. there were some stressful moments in this family of people trying to keep each other happy, to spend time with people they rarely get to see, to accommodate each other and yet have time to do the things they want to fit in to a brief trip. i think we managed to do a pretty good job of it.* i like my crazy family. 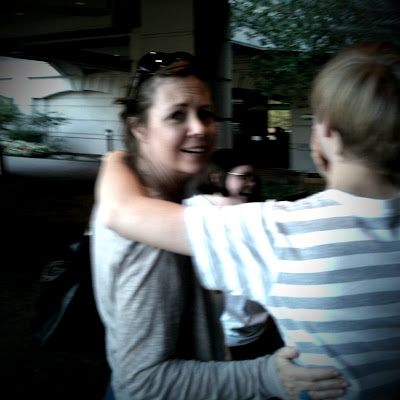 we stopped on the way home for a pre-birthday week birthday feast at veggie heaven in montclair, new jersey. can i just say, if you happen to be on the garden state parkway and you are hungry for some amazing pan asian vegan food, i can't recommend it highly enough. so good. i really wanted to order either tapestry embrace or glorious sensation, purely based on their names, but i went with the crispy (fake) duck instead. 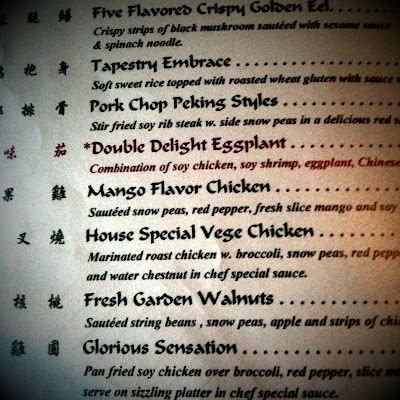 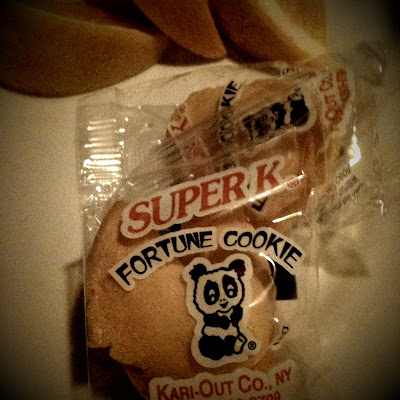 *je ne regrette rien, but if i did, i'd only regret not taking a picture of brendan and margaret, and not coordinating a photograph of all the cousins, which mary-susan was particularly counting on. some one else is just going to have to get married soon, i guess!
Posted by Liz Woodbury at 7:50 AM

THANK YOU!!!!!
those pictures are amazing!
sooz and chuck (and your mom and dad and uncle david, too) DO NOT AGE!
i would swear that you guys never slept at the house-not one spec of evidence except one little note in the kitchen and SOMEONE (m) helped me with a to-do list i have going!!!!!
sorry i missed you!

mark also took the catalog you left for him and one single chocolate chip cookie out of that bag on the counter. we arrived at like 10:30 pm and snuck out before 7. your house makes a delightful hotel for highway travelers, but i like it so much more when we actually get to see you guys and not just your hamsters!!!