the past week's been a blur. last thursday, max left for his four month trip to spain and beyond, and the goodbyes were emotional. 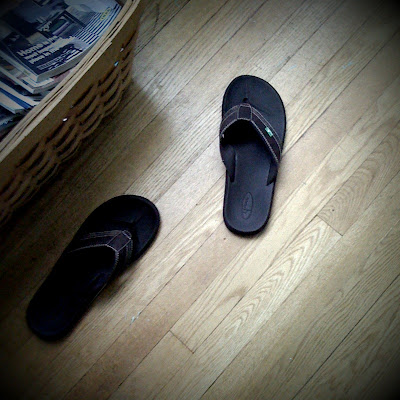 that night, mark learned that his dad had died a few hours earlier. he had been diagnosed with pulmonary fibrosis many years before and in recent months had grown more ill -- mark went to visit him in february knowing it might be the last time he'd see him. while it wasn't unexpected, it was very sad news. the four of us flew to kansas on saturday morning. we rented a car and drove from kansas city to topeka, stopping for dinner in lawrence at la familia, a mexican restaurant that was one of our favorites in college.* 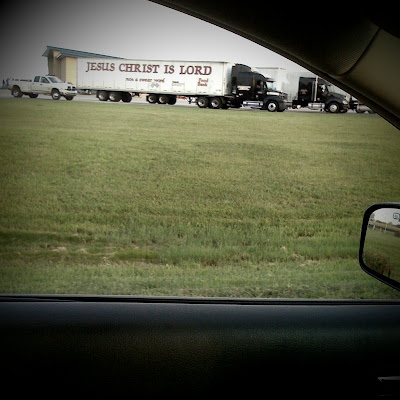 we drove past the sweet little house we lived in when we got married (which we did before we graduated from college. which may sound crazy, but it worked out pretty well in the end). we lived here with our great friend laura. 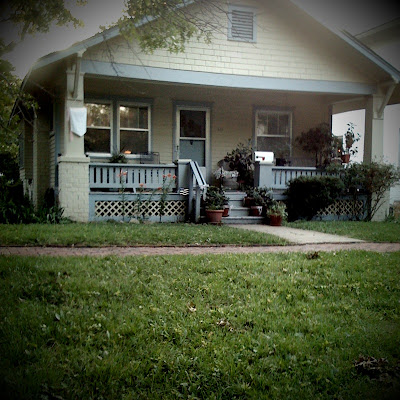 we also went by the house where i had my first apartment, which i shared with my dog ben. i lived on the second floor, and the first friend i made at k.u., megan, lived downstairs. i met mark in her apartment, where he was lounging around bouncing a ball off the wall (i know, romantic, right?). 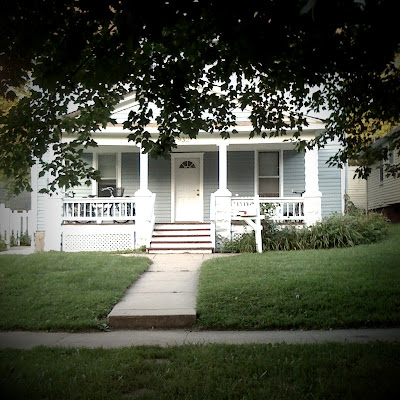 it was wonderful to see mark's family. i haven't visited for years and years, although mark makes an effort to take zoë and isaac at least every couple of years. 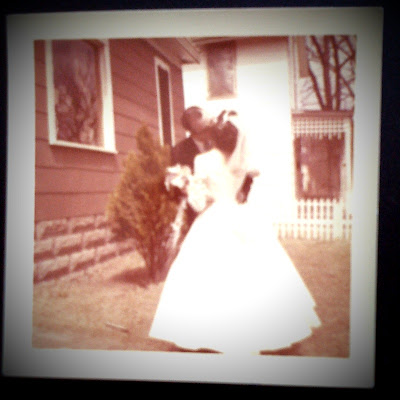 i helped his mom sort through a bunch of old photos to take to the funeral home for people to look through. 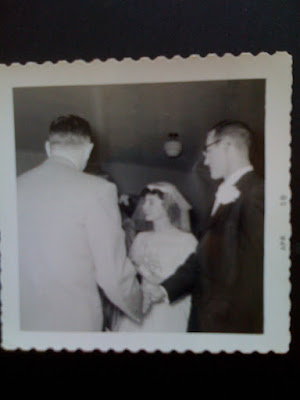 i especially love these wedding pictures. mark's parents got married when they were seventeen and nineteen (every time this fact came up, mark's mom would rush over to zoë and cover her ears). they were married for fifty-two years. 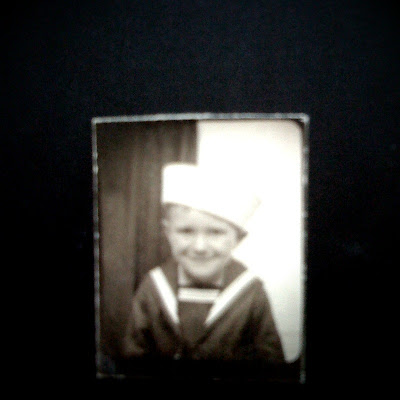 the cemetery is near a pond with resident ducks and geese. after the burial, mark's sister tracey stopped to feed them. 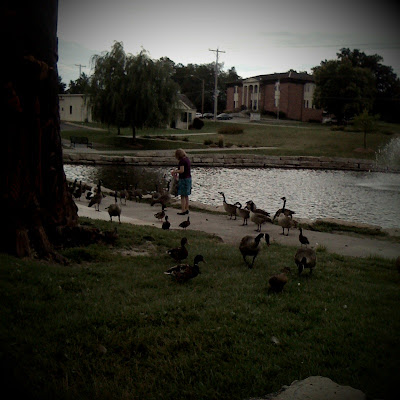 in my very limited experience of death and funerals, i've found it to be an incredibly meaningful time. as sad as the occasion is, it feels like the most important thing in the world to gather friends and family together and talk and eat and laugh with them. i'm so glad we were able to be there.

oh, and i'm so glad we were able to pose with mark's dad's gun collection.** 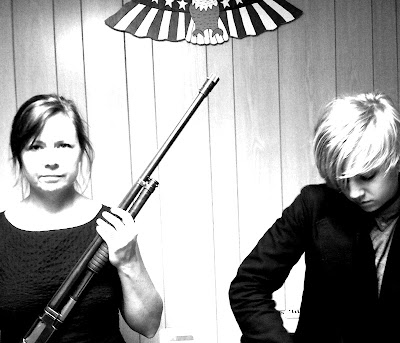 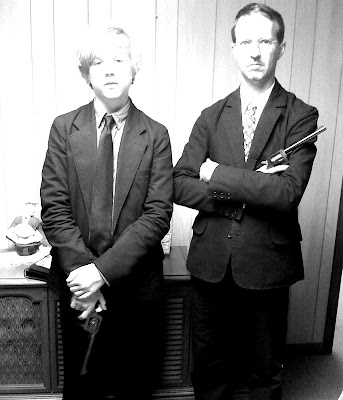 *we met at the university of kansas in lawrence when i was twenty and mark was twenty-one. if you've never been to lawrence, you should go there because it is magically one of the best towns i've ever been to. no, it's not flat. also, la familia used to be located in a house in east lawrence. i mean, it was a house: you would walk into the living room and sit there or in the dining room, and if you used the bathroom you would see that there was a bathtub in there.

**note: we are not gun people. mark's dad wasn't a gun person either, but these belonged to his father, and he kept most of them in a gun rack in the laundry room. note also that zoë was not interested in participating in the gun photography project.
Posted by Liz Woodbury at 7:34 PM

You really should use those guns in your Christmas card photos.

Sorry for your loss.

Hello from Spain. Oye this entry makes my heart ache! My spare pair of flip flops are at my dads, maybe he can drop them off so they can lay on the floor in an inconvenient place.

Love and miss you all!