isaac is off on an adventure* this week: but first, we celebrated father's day with a short hike at bradbury "mountain." maine state parks were free that day, which was kind of a wonderful surprise. below, mark, isaac, and max at the top of the mountain hill. 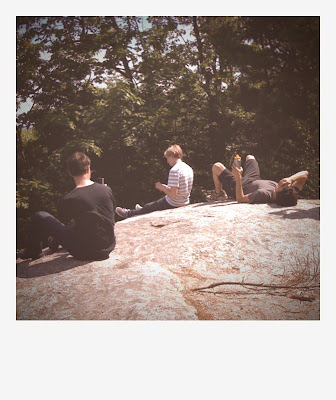 at some point, isaac made me take creepy pictures of him wearing a weird jacket and holding one of his fake guns. looking dead. 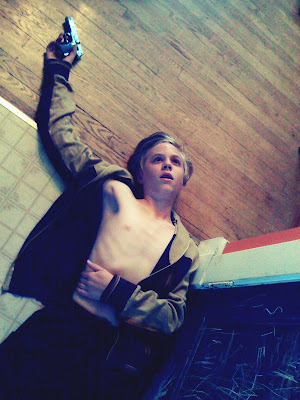 and he gave me another very special temporary tattoo. 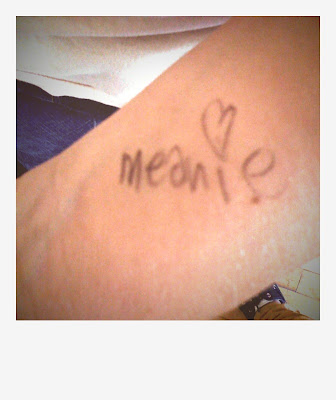 *he's on vinalhaven until next weekend with his friend jack's family, playing around, making movies, being computer-less and tv-less and -- if he's inspired to -- participating in designinquiry. i miss that boy.
Posted by Liz Woodbury at 9:31 AM