on saturday i gave boo a ride to happy wheels (which i now propose we all refer to as "scary wheels") with his friends anthony and mackenzie. three hours later, anthony's dad returned him...BROKEN! yes, it's our first broken bone ever (including m and me - none of us has broken anything before). while skating, some big guy knocked into anthony, who knocked into boo, who went flying and landed weird on his arm.

m took him to our local not-quite-an-emergency-room, where they took an x-ray and found that he broke his arm and his wrist. they splinted him up and sent him home. he'll get a cast on later this week. oh, and yes, it's his right (dominant) arm! 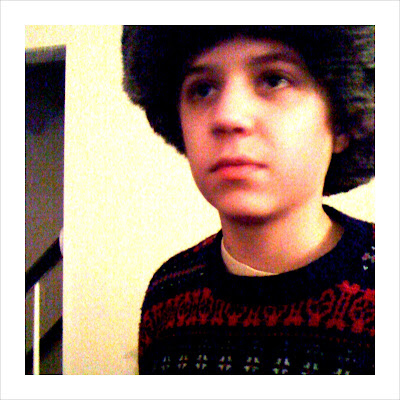 we all went to dinner at max's dad's house anyway. max's brother oliver loaned boo the above getup for some outdoor activity ("going to look at the train," i believe they said). i think he looks like a wes anderson character. 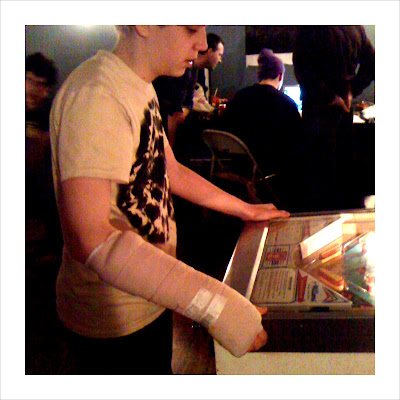 we ate a delicious meal cooked by max and bean and chatted with max's dad, matt. it was a really fun evening, despite the broken limb in our midst. even though boo was achy, he managed to have a good time. oliver has a pinball machine in his basement lair. we also watched most of the chris rock documentary good hair, which i highly recommend. 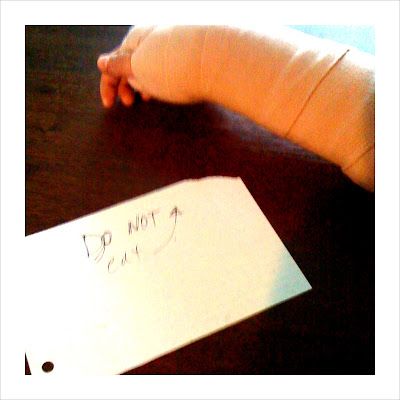 fun hijinks with the broken arm, above.

anthony's mom, karen, came over with presents and hugs later - not necessary, but so sweet. it really made boo happy. 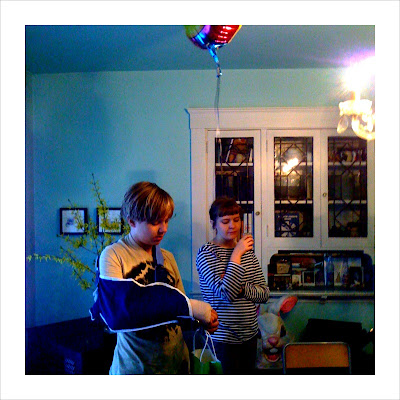 she certainly knows the way to a broken-armed boy's heart! 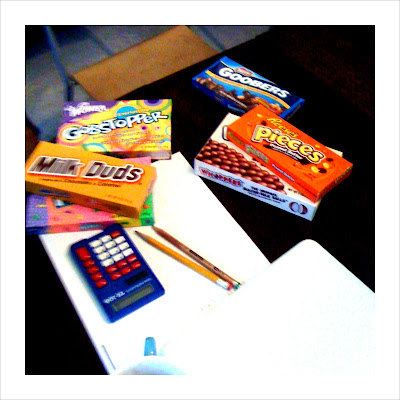 the boxes of movie candy fueled our homeworking, which consisted of boo dictating and me writing (in the case of his language arts journal) or graphing (in the case of math). i'm still not sure how he's going to get through the next six weeks of school with no right hand available. he can type on a keyboard fairly well, but math is a serious challenge. 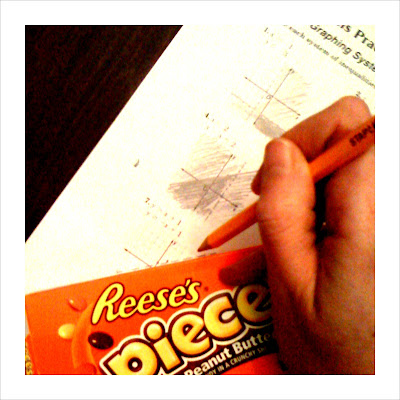 Neither Jeremiah nor I nor any of our kids have had any broken bones (requiring casts, my brother broke a couple of my ribs when I was a teenager) either!

And Jeremiah is a skateboarder and I am the clumsiest person in the world.

Casts seem like they would really suck though. My cousin had a HUGE leg one on for two months once. He did some homeschooling program for that time.

Hope you figure something out for the school work! Good Luck Boo.

just the thought of the cast makes me itchy.