like a bunch of ten year olds at a sleepover 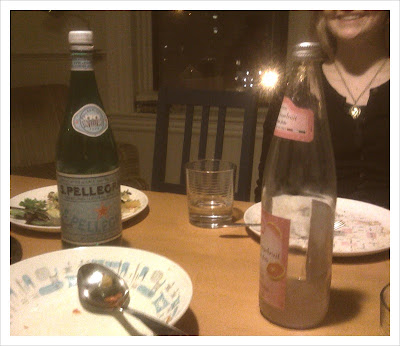 saturday night was dinner with friends and party tricks.* have you ever tried the one wherein one person sits in a chair and four people attempt to lift him with just two fingers each (under the sitter's arms and knees)? and it doesn't work, and then the lifters stack their hands, one by one, in the air (not touching) above the sitter's head, and then remove them one by one and try again, and the person practically flies up into the air? 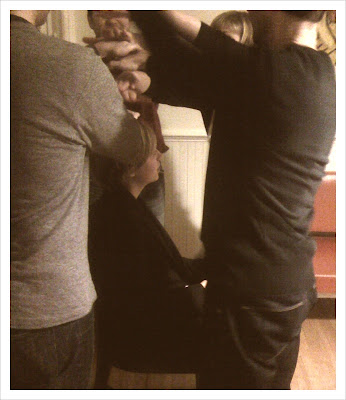 this guy thinks he has a scientific explanation, but i don't buy it. it's...magic. 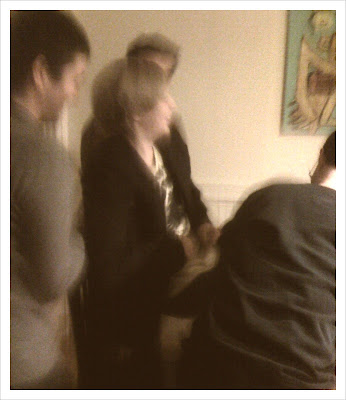 *"scary sleepover activities" would be more accurate, since we even found ourselves in jason's bathroom chanting "bloody mary" at the mirror in the dark at one point.
Posted by Liz Woodbury at 5:39 AM