a whole bunch of random images from my life this week, for you to either scroll past rapidly or contemplate thoughtfully, as you prefer.


billy mays died, but his commercials live on: 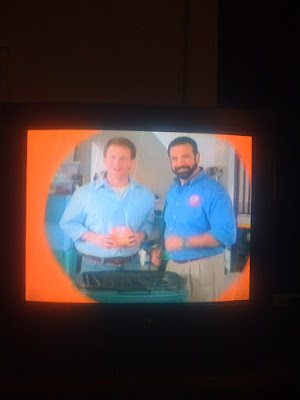 enoch borrowed a projector, and for one blissful evening m, boo, and i were able to roll a ginormous katamari ball around on the wall of his apartment, until boo fell sound asleep on enoch's bed: 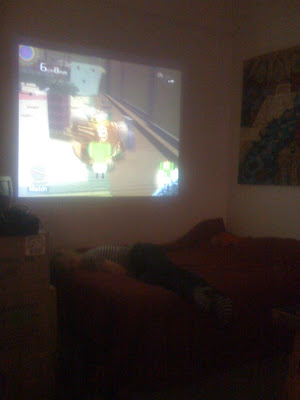 i saw a pretty dragonfly on the window. this must've been when the sun finally came out: 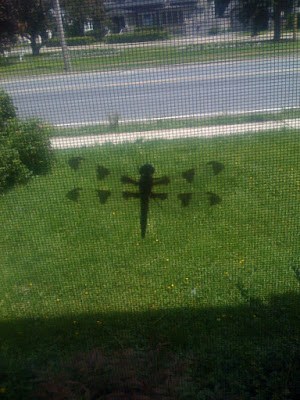 i'd been dreaming for days of this scrumptious meal i was going to make for independence day. and then i made it. and it was scrumptious. veggie sushi (my dream involved making a spicy sauce out of vegenaise and sriracha to put inside the rolls, and...yum): 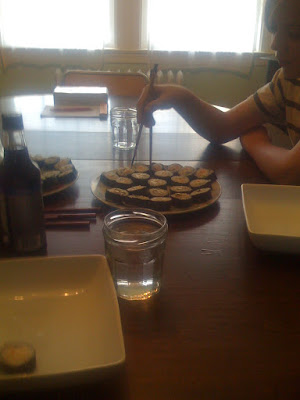 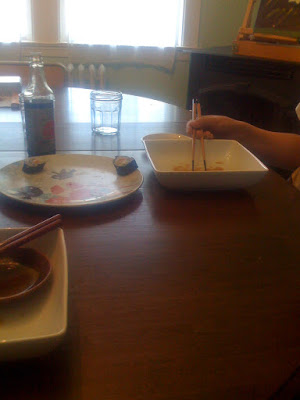 my other dream, the dessert dream, was inspired by delicious strawberry shortcakes i've eaten recently at emily's and holly's houses. my version consists of vegan scones topped with local strawberries cooked a little bit saucy, and a dollop of vegan whipped coconut cream on top. oh. my. god: 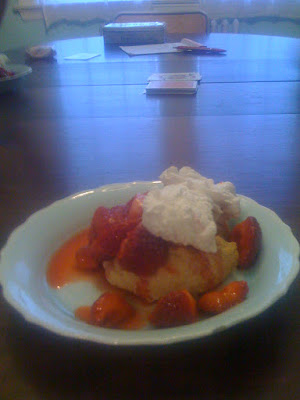 later we hiked up the hill to watch the fireworks on the eastern prom (and very briefly crashed a party at our friend lincoln's house). they were spectacular. ooooh: 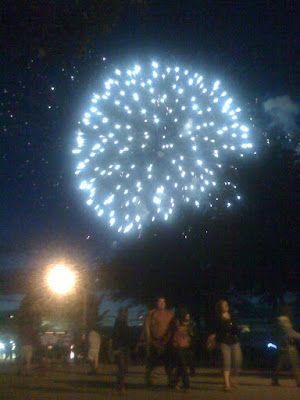 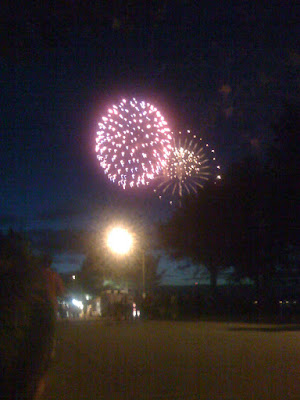