*m sold some shirts at an organics fair at o'donals nursery in gorham.

kurt cobain mumbles
and wanders around a while.
then he falls down dead.

*we started to tackle the hideous situation in our yard (i will eventually document the willow branch disaster area back there, but i can't stand to look at it today).

*m and boo participated in the second annual portland, maine captcha the flag game. they played for the west end, which was ultimately victorious (this is a city-wide battle, east end vs. west end, wherein each team attempts to locate and steal the other team's flag and return it to the monument square starting point without getting tagged and "jailed")! i stayed at home consulting google maps for them as needed.

*we went to arabica early sunday, where boo had toast and hot chocolate: 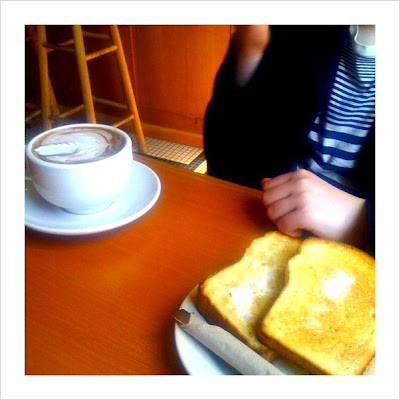 and m and i had perfect lattes: 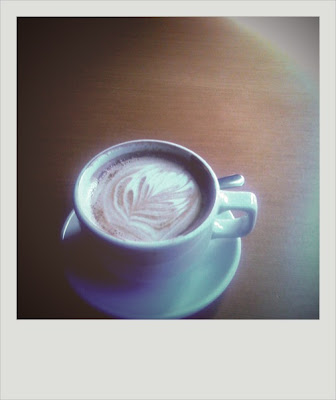 it was picnic weather. sort of (i mean, except for our frozen fingers, which we just ignored). so we took some pasta salad to kettle cove and ate it while gazing at this view: 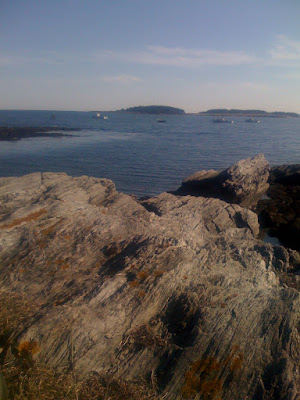 as hard as things feel sometimes, i try to constantly remind myself how lucky i am to live in such a beautiful, beautiful place. *i really love it here.

*this is no doubt the blue sky and sunshine talking!
Posted by Liz Woodbury at 11:00 AM

We were thisclose to going to Kettle Cove yesterday (my favorite beach). How much would you have thought I was stalking you if I ran into you on a random beach??

Such a great view!

i know, it's crazy that i have to remind myself not to take it for granted.

julie, i would've been so happy to run into you at kettle cove - although i'm ridiculously shy about meeting my online friends in real life.