m, boo, and i got to take a day trip to new york with my dad on saturday. it was so fun!

the windows at macy's were curiously disappointing -- the small ones had kind of a lame sparkly-red-star theme, and the big ones had moving scary-faced dolls acting out tableaux from miracle on 34th street. what's wrong with the picture below? 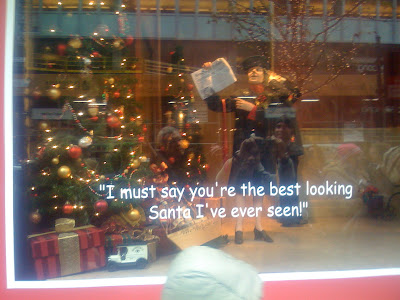 we did a very modest amount of christmas shopping, but the focus was on noshing. we had frites at pommes frites, and then we of course needed a really good cup of coffee, which we obtained at mud: 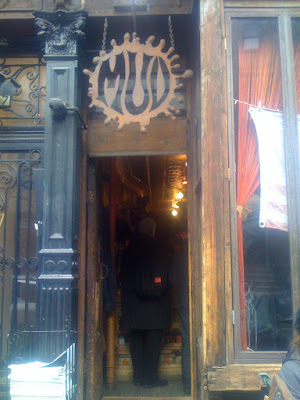 they only have one size, a milky sixteen ounces: 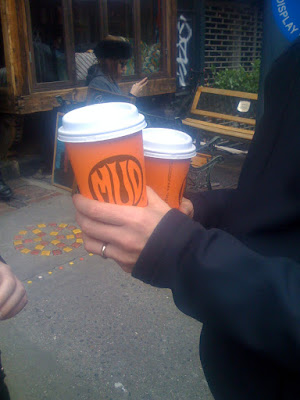 we saw two cats on leashes, one of which was riding upon his owner's head: 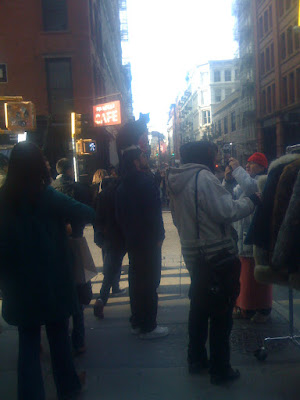 after a long, entertaining and terrifying walk through chinatown (only momentarily -- because of the ENORMOUS fish flopping desperately in a big white bucket, and some unidentified food product that boo was sure was "elephant trunk"), we had dumplings at dumpling man, boo's favorite: 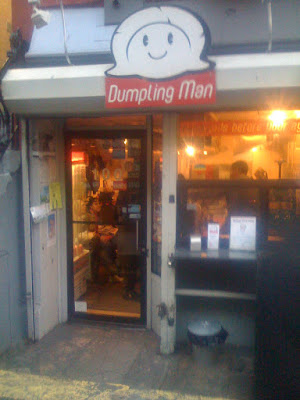 my dad and i also had dosas at hampton chutney company (i had a really delicious chai with mine).

we shopped a bit at muji, searched in vain for trousers for boo, browsed in a good book store, peeked into kid robot and a few other places, and then took a quick tour of grand central station, which i hadn't realized that boo had never seen before: 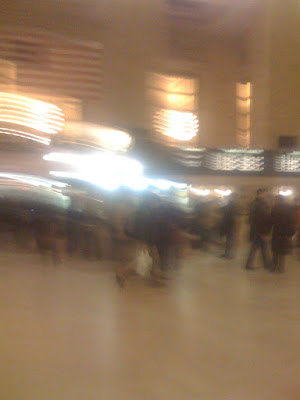 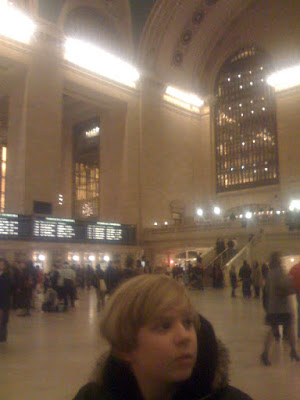 this was followed by a mad dash past the (not-yet-illuminated) christmas tree at rockefeller center and then back to port authority, where we waited in line to board our bus back to boston. the ride was bumpy and uncomfortable, made interesting mostly by the fight between my seatmate and the bus driver (it involved my seatmate's cellphone), which included lots of smart-mouthed backtalk from the cellphone user, the bus driver's threat that he would "turn this bus around and take (her) back to the station," and which eventually resulted in his pulling the bus over on the shoulder and relocating the offender to the way, way back of the bus (by then she'd become somewhat meek). result=i got a seat to myself.

also interesting was the route taken by both bolt (to ny) and greyhound (to boston), which involved forays into rhode island, a drive through the bronx, and a sidetrip on the new jersey turnpike (plus voyages both across the george washington bridge and through the lincoln tunnel).
Posted by Liz Woodbury at 12:23 PM

that bus story made me laugh and laugh! today i shared an amused glance with my seatmate when a boy tried to buy a "monatskarte" and the process took about 10 minutes. we all had to wait for the bus to start going. this is really rare.