we sadly said goodbye to david this afternoon, grudgingly handing him over to his new host dad. it was really a lovely week with him, and we're hoping to see him at some point this year, whether we drive up to ellsworth or he comes down to visit us.

on tuesday night, m took the kids bowling with devyn, anna, gareth and their dad, bill. i heard a rumor that david won both games: 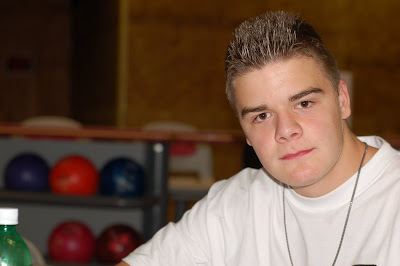 wednesday was beach day. m and i had to work, so david, bean and boo spent a couple of hours at willard beach. it was kind of cool and breezy, and the water was too cold for my mainers, but david loved it! that night, artemis and animal lover came over for some project runway (david watched indulgently).

yesterday we went to boston, which was really fun -- first we stopped by peet's for iced coffee and bean's last iced jasmine-lime tea before germany: 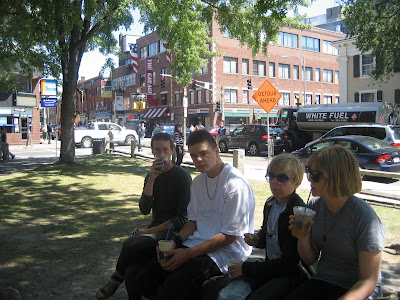 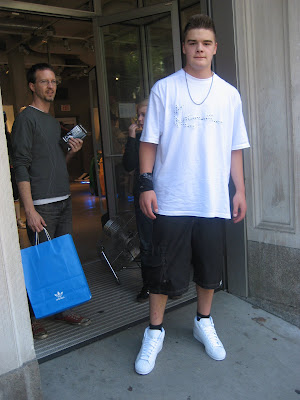 we had falafel for lunch and took the bus to newbury street so we could check out bodega and the new apple store.

i forced all three kids to pose for one last picture just as david's host dad arrived -- auf wiedersehen, david! 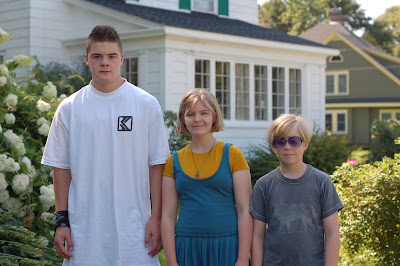 Is your Iphone taking pictures again?

not yet -- i haven't had time to sit down and go through the recommended steps to fix it. these pictures were taken with a real camera! david took a bunch, too. m burned a disc of photos for him to take with him.

ok, let me just say, that last picture is so awesomely funny in so many ways

guess new sneaks can do that.

it was really fun -- i'm not at all an expert, since we only hosted for a week, but i totally recommend it. i can imagine you guys with an exchange student!

oh, yes, me too! how i will miss those jasmine-lime teas. and my family, of course.