there has been so much going on around here, as we finally come to the end of the school year. as of today, there are approximately one and a half days left (tomorrow is a half day for bean, wednesday is for both bean and boo, but wednesday is merely a cardboard boat race at bean's school, so does that count? no, in her opinion).

we've attended a bunch of culminating events, as they are referred to by both wacky schools. boo's was a display of work related to his class's final expedition, alien invaders (aka invasive species): 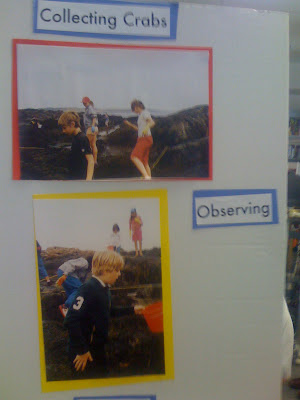 bean's was her sophomore passage, during which she read an essay which makes me cry every time i hear it (it involves radio, philosophy, germany, and a little blond-haired girl). i noticed a certain other mother getting a little misty-eyed during bean's presentation too, naming no names!! 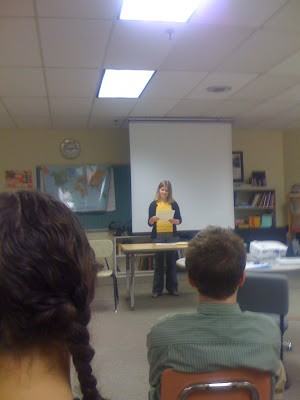 (there's bean! and notice artemis's adorable braids directly in front of me?)

in addition, there's been an ongoing game of risk on our dining room table for about a week (bean gave boo the game for his birthday, and so far we've been able to avoid actual, physical fisticuffs). 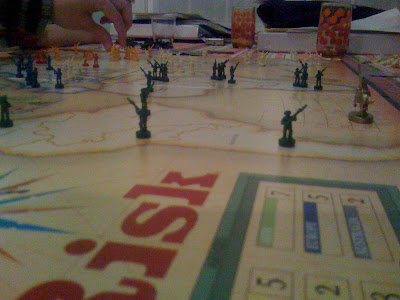 we had a pretty great father's day yesterday (i think m would say the same), especially considering it got off to a rocky start -- everyone was in his or her own version of a crappy mood at one moment or another. we finally settled on a long walk on the eastern prom, pastries from standard baking, and a long walk back. we spotted at least a dozen groundhogs on this walk: 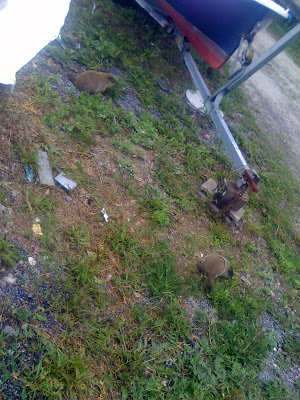 they were all over the place, munching on leaves and utterly fearless. at first we couldn't figure out what they were, since they were so close to the ocean (i think we all thought, beavers? no.). they looked like april's distant cousins. 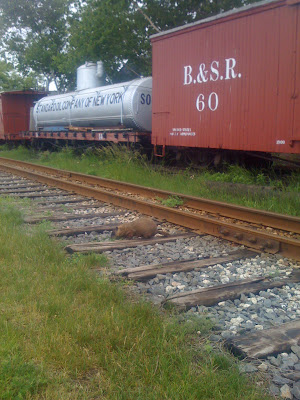 after our stroll, we went to a save sudan event organized by a student at bean's school. there were speakers, sudanese dancers, tons of people, and absolutely amazing food cooked entirely by the mother of the event's organizer (i heard she stayed up all night cooking it). also, there was a whole table of vegetarian items. mmm, i wish i had some more right now. 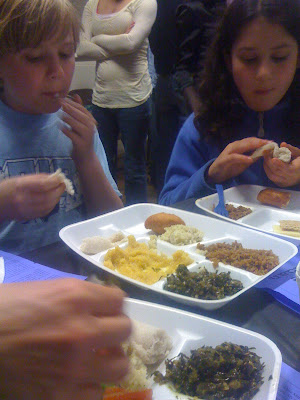 but was father's day over? oh no, there was still bowling to do. i skipped that part, but artemis and the animal lover, plus their dad the sports fan, met m and the kids at yankee lanes for a father's day bowling extravaganza.

i hope my favorite fathers had fun days too (especially my dad, my dad-in-law, my bruddy, and my other bruddy, who will be a father in approximately one month!!!)
Posted by Liz Woodbury at 4:31 PM

It's Yank Me lanes:)

har har. i only know one family that cracks themselves up with that particular joke!