cruising around in a pickup: 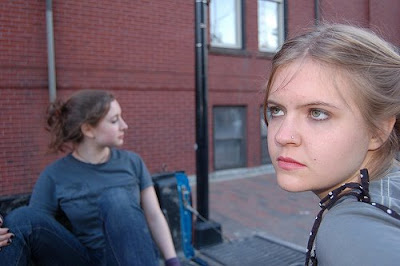 bean is in northampton this weekend (not with lilly, seen above joining bean in toughness, but with kayla). they are going to a rilo kiley concert on sunday, and guess who's opening for rilo kiley?!

boo disappeared halfway through the day with his wii in hand (and all of its various parts), off to leander's house, so m and i are not only childless today, but wii-less. i don't think i even mentioned that we gave boo a wii for his birthday. i am shamefully enamored of playing tennis on the wii. hee hee, it's fun. my arm is sore.