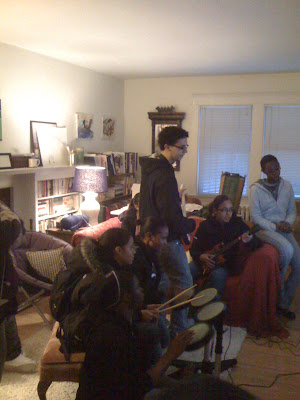 we had a really amazing week hosting two high school students from the bronx. there were 18 kids here in portland, visiting from a school in new york which shares the same educational philosophy as bean's school (and which is exactly the same age, three years with three classes, and approximately the same size). they stayed with host families and met up daily at bean's school. one day they shadowed students there, and the other days they went off on various maine/portland adventures: cross country skiing, sledding at the golf course, bowling, taking a tour of wmpg, telling their stories at the telling room, etc. one afternoon they even ended up at our house, where some of them tried out rock band, as seen above.

they're a bunch of really great kids, and i think we lucked out and had the two greatest girls staying with us: 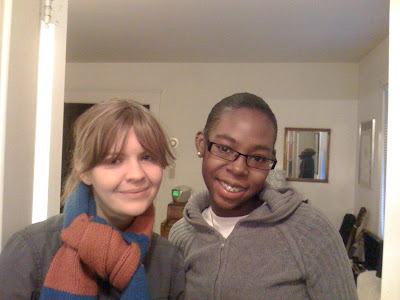 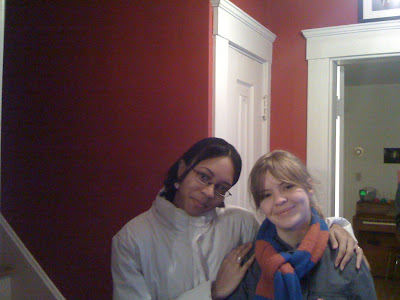 that is so great ! Lucky all of you!
will they keep up a back & forth relationship? These are kids from the same school she visited, right ?

Bean should flash her new teeth when she smiles!!

i hope we'll all stay in touch with our two girls, and bean's school plans to maintain the relationship with the bronx school. and yes, that's the school she visited last month.