rain can leave a person blind

we saw some amazing films last night! there were seven of them, five music videos and two documentaries. there was a great crowd, and while they loved all of them, i have to say that the reaction to bean's gorgeous music video debut was wildly enthusiastic. it was truly amazing -- i think we'll get it up on youtube soon. here's homestar david, introducing his movies: 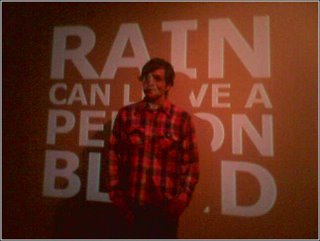 artemis and miss gliss were there -- so were jukado and her mom, as well as mama d and many meiklejohn fans. 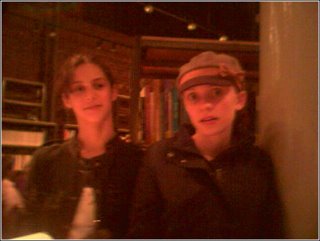 chad played some songs before the films were shown, and also during the intermission, and he was fabulous. bean and boo are thrilled because he's agreed to give them guitar lessons. 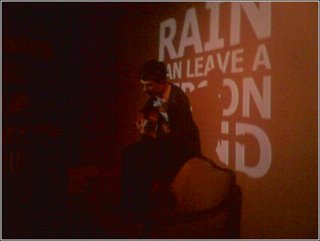 here's the view from the balcony seats (on top of the bookcases), where bean and boo and their posse were perched. crazy girl was the official event photographer, by the way. 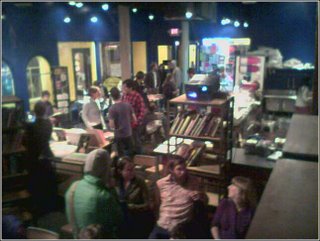 I can't wait to see the video...get it posted soon!

It was a great evening! Her video brought tears to my eyes, so I can only imagine what it did to you and her dad!

yeah, i was pretty misty-eyed. next, we've got to do a cool harp video starring miss gliss! think she'd be up for it? she just needs to learn some semi-indie tune on her harp...or it could have a more classical theme...

oops! I don't really think that was worth publishing twice!

Yes, the Beatles song she played for your dad's lovely wake ?

wish we'd been there last night!

Mary, That song would be good, and there are tons of other ones in her Beatles book--almost all the Beatles songs, really. I've wanted them to play and sing together for at least two years, but so far, no luck!