we had a great halloween, meeting up at our house with artemis and crazy girl and their parents, and also jukado, who spent the night after it was all over. we had a big feast and apple cider and then headed over to the shoestring theatre parade in the west end. it's wild over there on halloween! not a whole lot of trick or treating going on, but hoardes of people and a big haunted house, and of course a fabulous, weird parade. after parading through the streets a while, and seeing dozens of people we knew, we retreated to the more sedate suburban neighborhood of dancer lady and family for some good candy-begging. 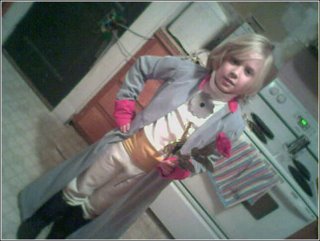 le petit prince, in the kitchen, pre-trick or treating. 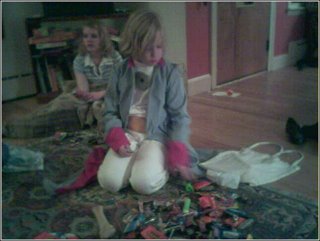 the little prince (foreground) and margot (background), sorting candy, post-trick or treating, at dancer lady's house. margot didn't collect much, partly because not much of it is vegan, but mostly so she could say, in her affect-free voice, "no thanks," when people offered treats. 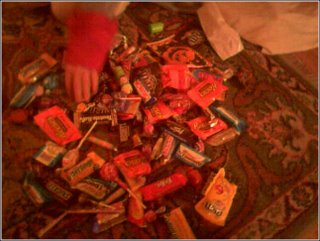 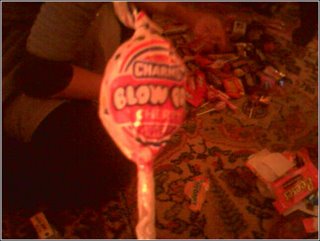